Putting my Myron Mixon book back to good use ... I took 4 pork chops and let them marinade in Myron's "Hog Injection" for about an hour and a half (recipe calls for 4 hours, but we got started late). 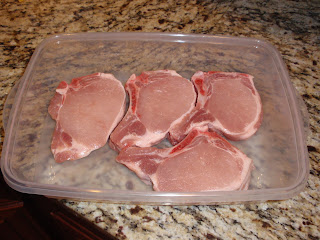 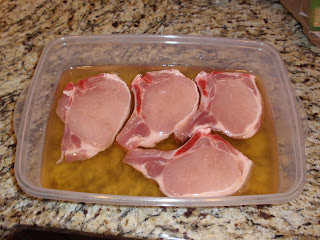 I then took them out and cut a pocket in each filling it with half of a Turkey sausage link (calls for Pork but the g/f wanted to be a LITTLE healthier). I closed the pockets with toothpicks, and then added Simply Marvelous' "Pecan Rub" (the picture is take before the rub was added) 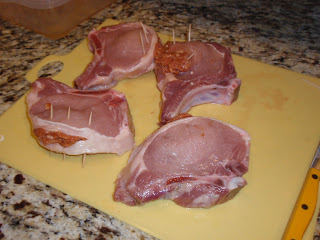 I grilled them around 400 for about 45 minutes, flipping after 20 minutes.

The recipe also tells you to use his Tangy Sweet Sauce, but I mixed the Sticky Fingers Carolina Sweet and Tennessee Whiskey instead. I covered 2 and left 2 plain to go with a hot sauce instead. 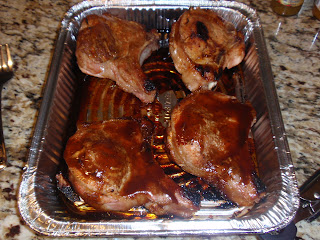 My little helper definitely agreed that these were some very yummy pork chops. These will be getting used against in the future. 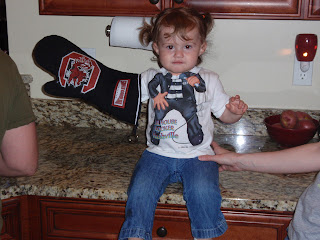