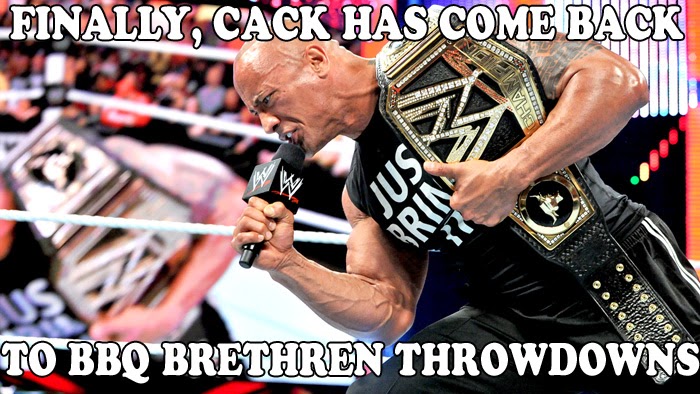 So I've realized that it's been far too long since I've done some cooking for this (originally) food blog, so what better way to get some creative ideas for new cooks? The BBQ Brethren Throwdowns.

This week's Throwdown title is "Appetizer and Entree Duo." I decided to dig through some cookbooks for ideas, and found these. For the appetizers, I chose to make fried green tomato and bacon biscuits. 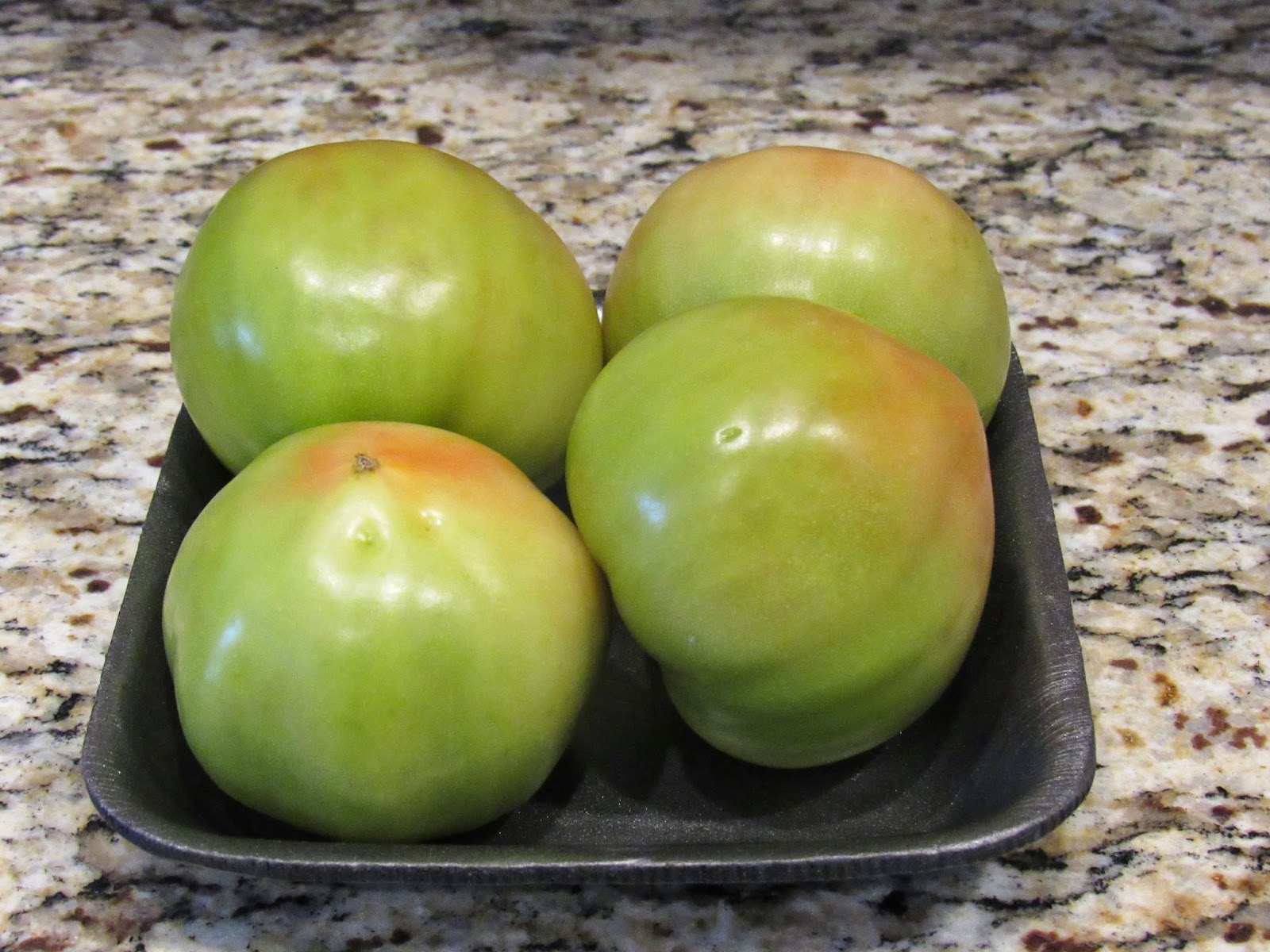 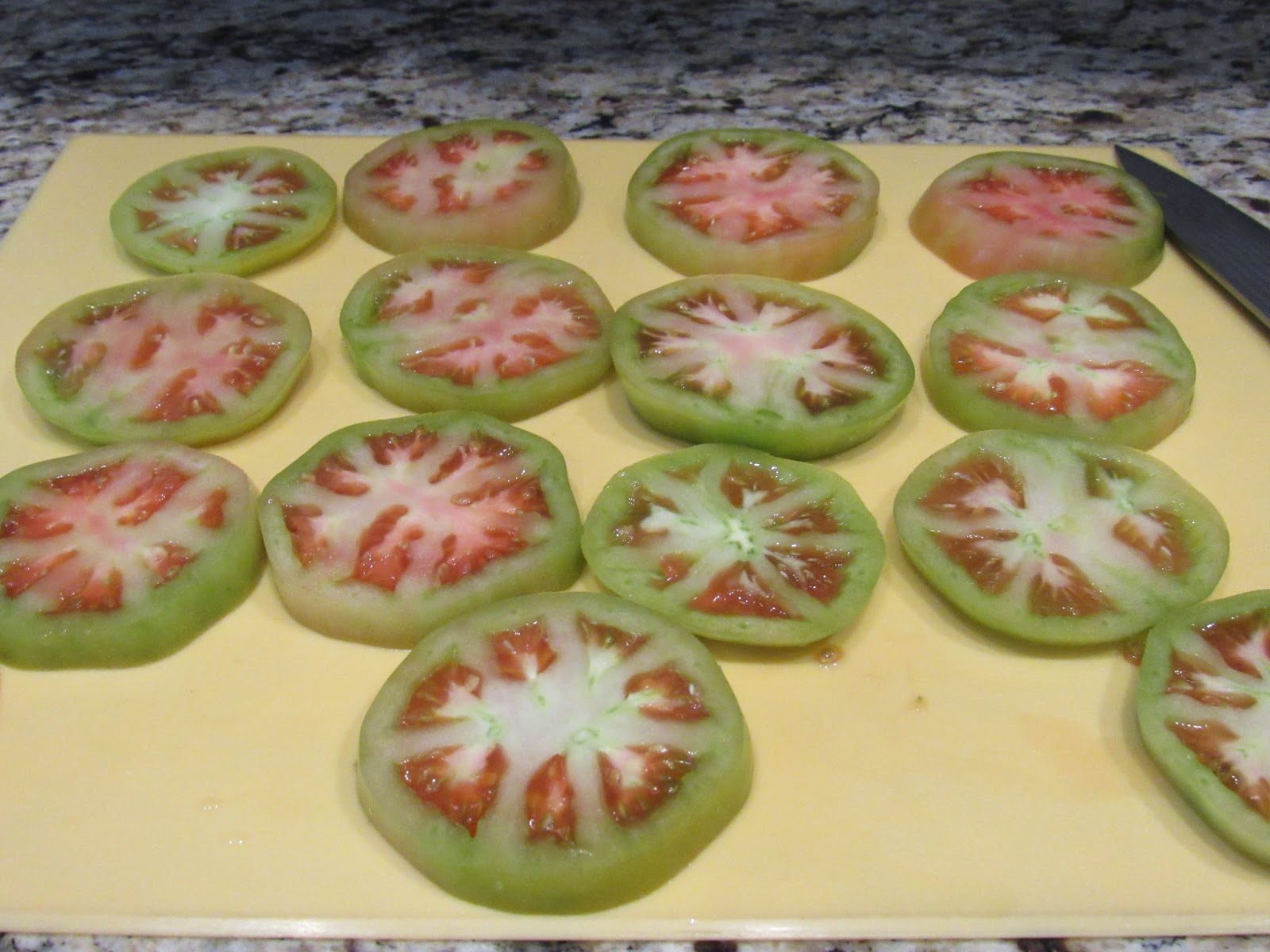 Dipped them into flour, egg and buttermilk, and then into self-rising cornmeal, flour, and smoked salt and pepper mixture. 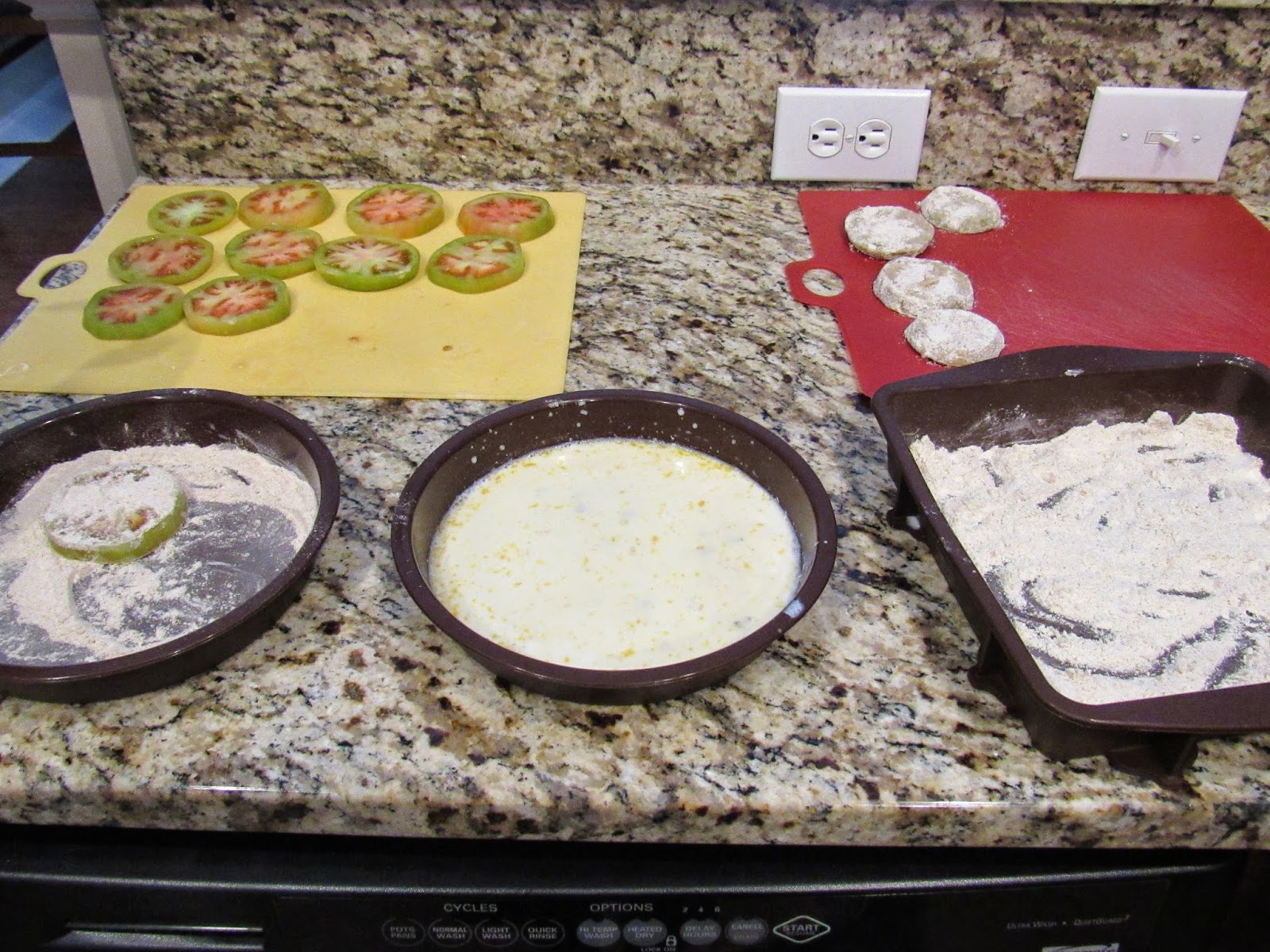 Them fried them in a pan of canola oil. 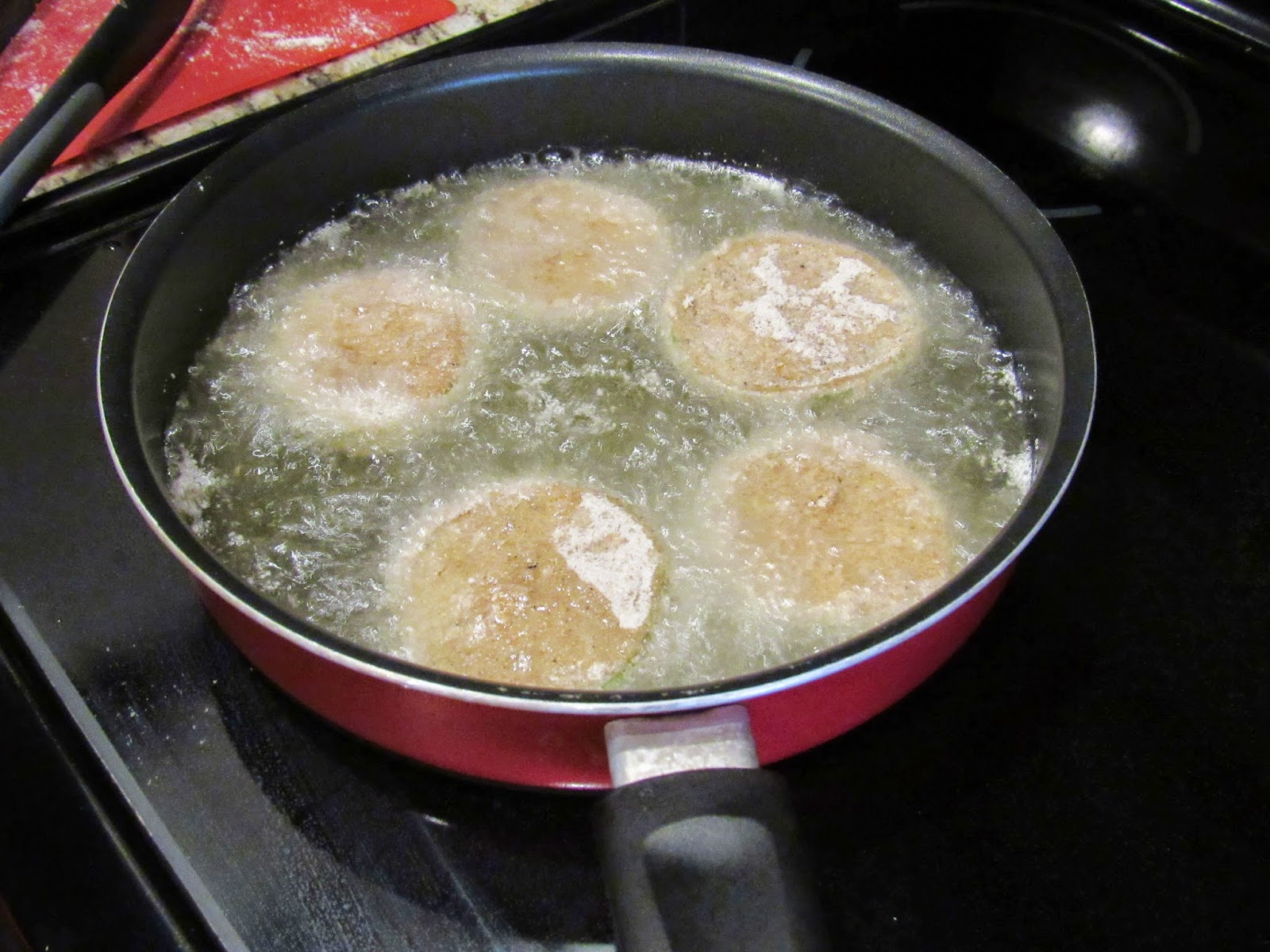 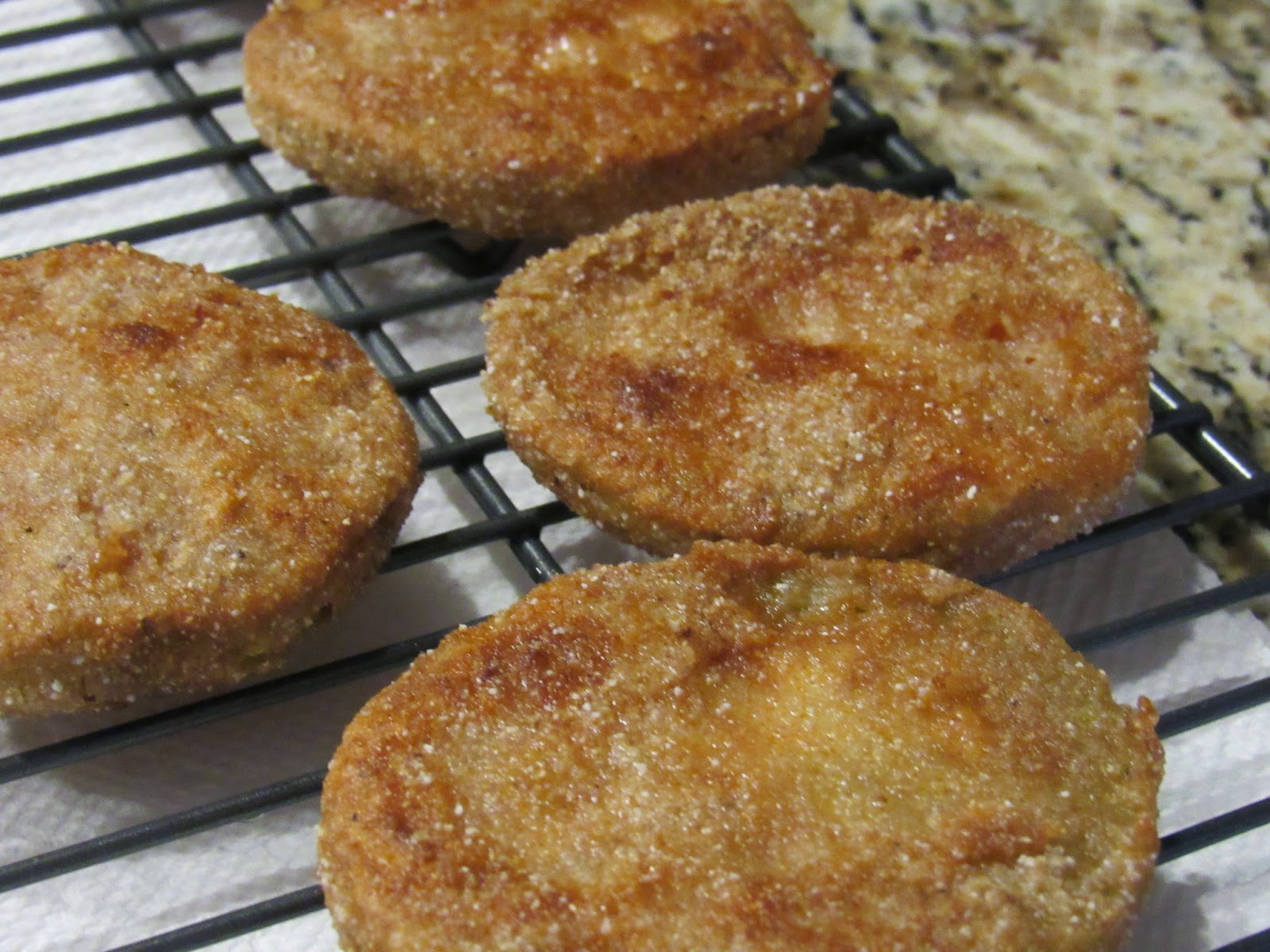 While the tomatoes were cooling, I threw some buttermilk biscuits on the grill. Yes, the grill, since a majority of the cook has to be grilled or smoked per the throwdown rules. 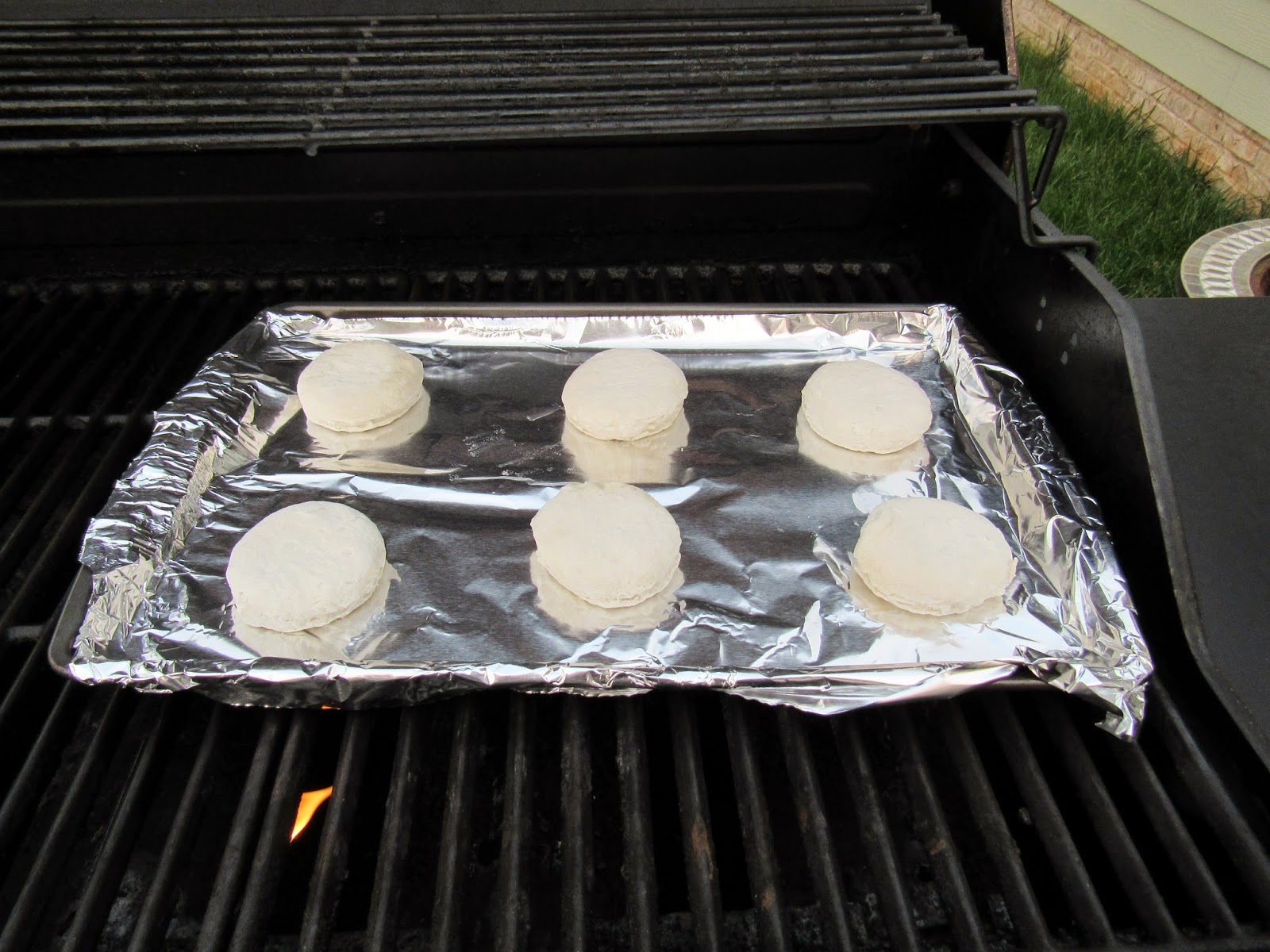 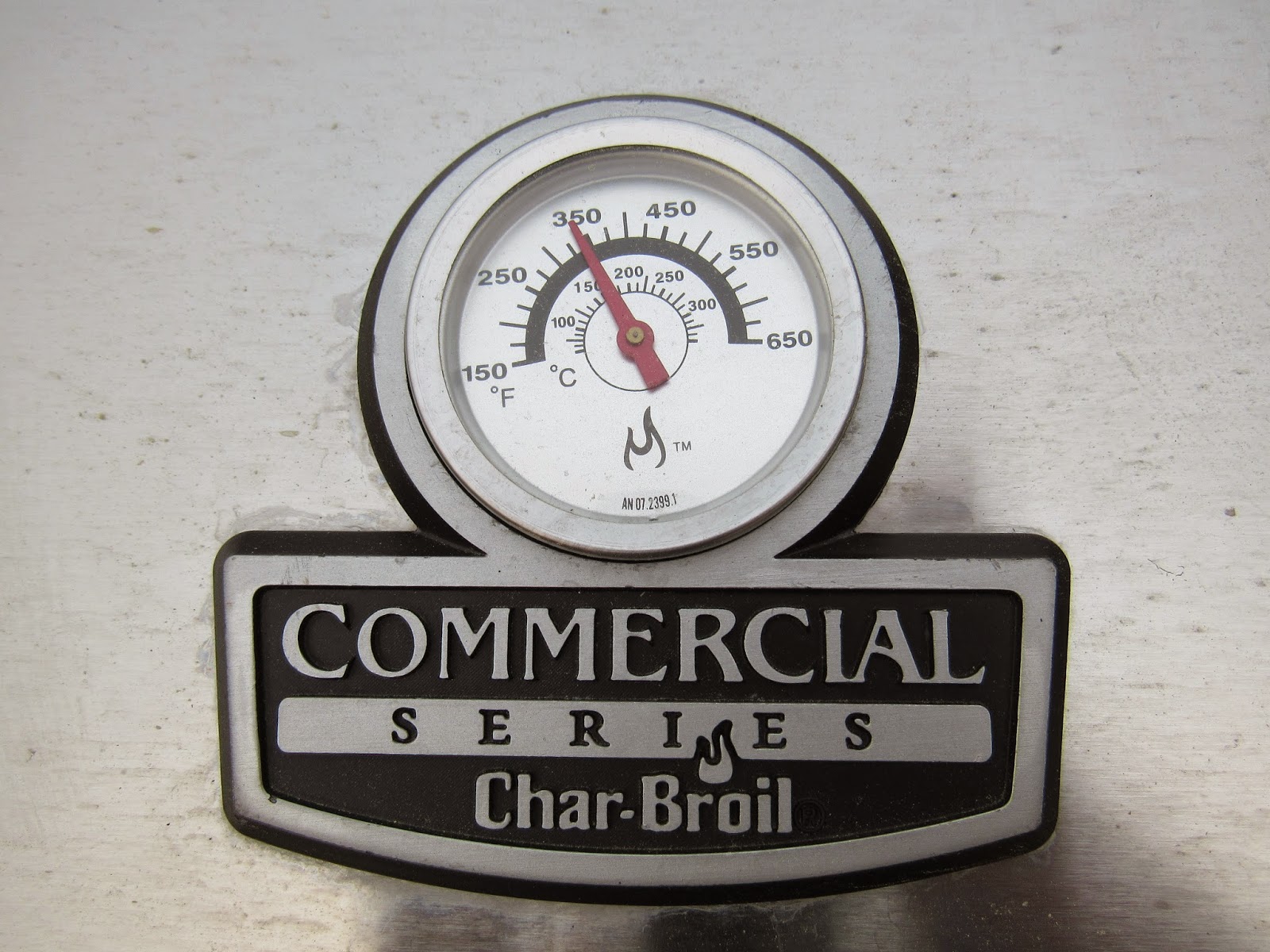 At the same time, I threw some bacon on the side burner. 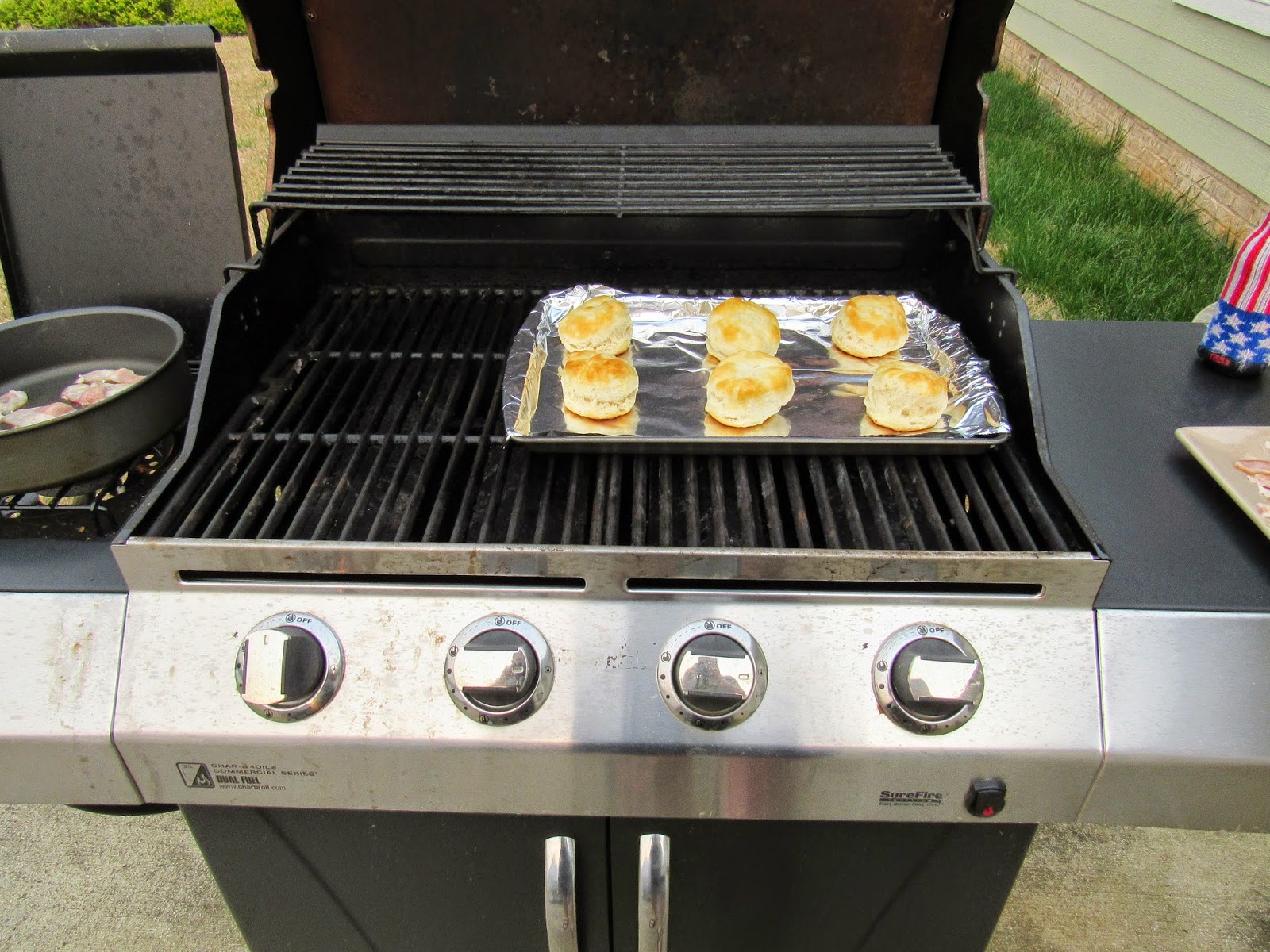 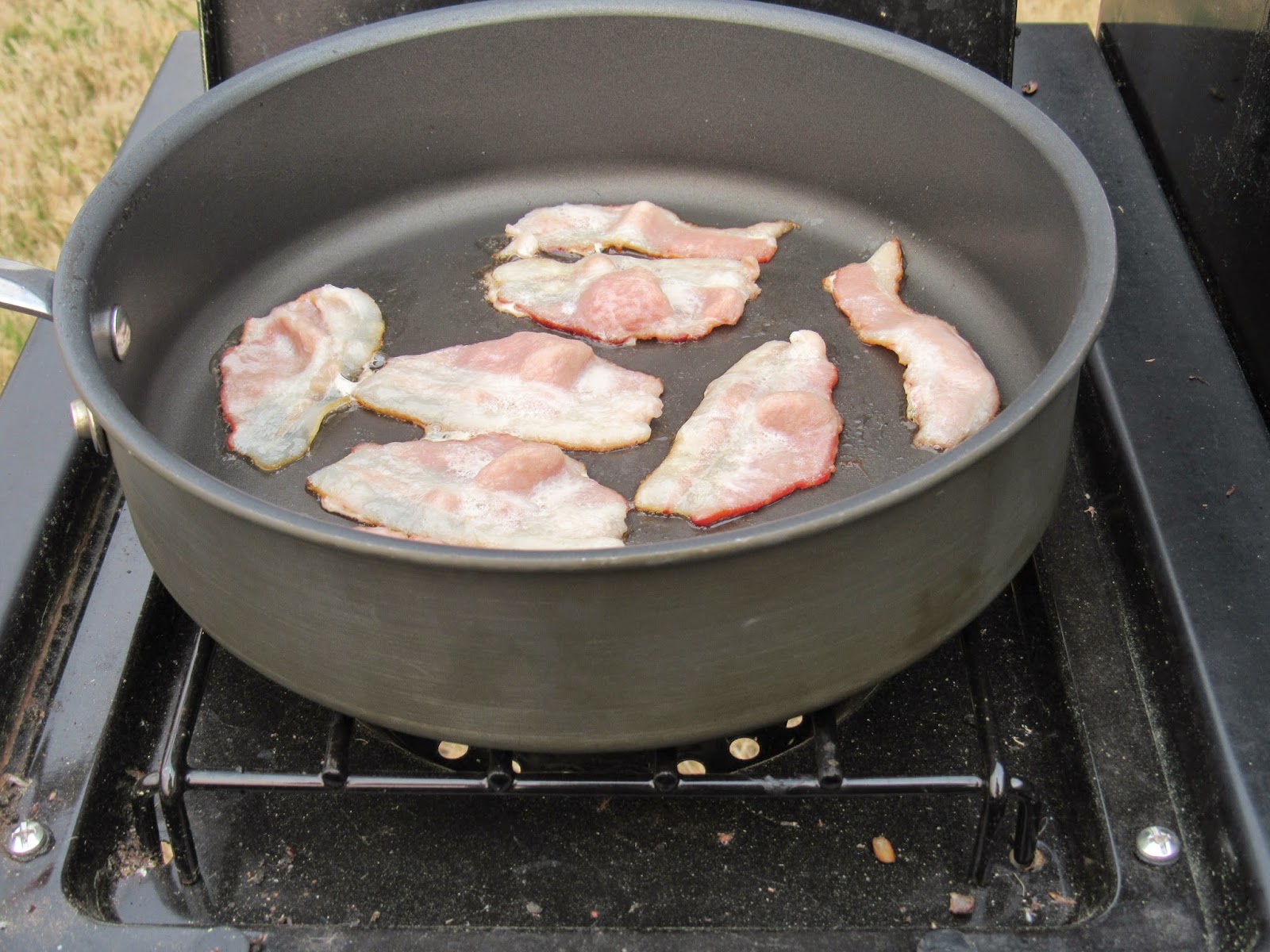 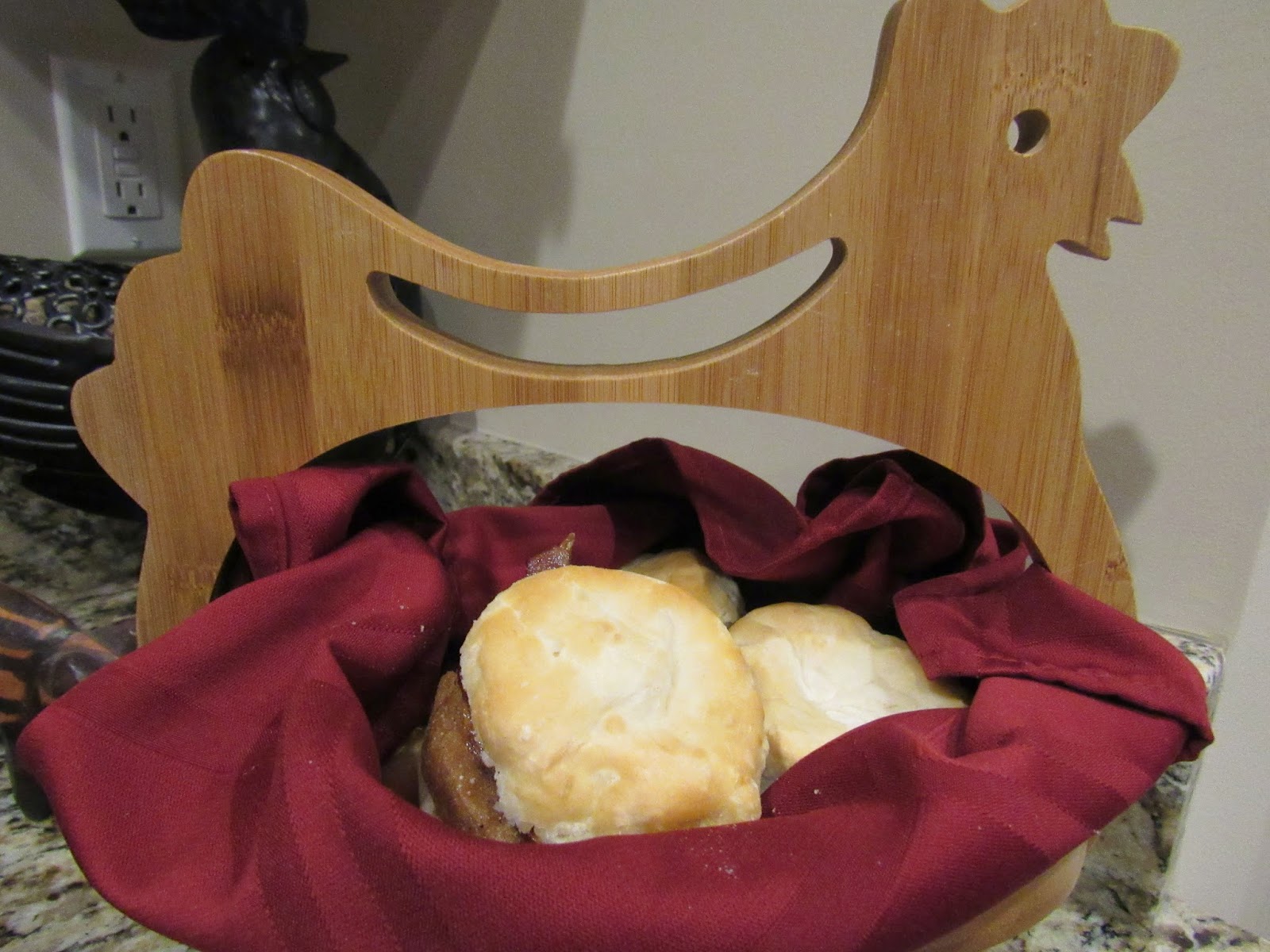 Once the appetizers were completed, we started working on the entree. Dawn started on the grits and shredded extra sharp Vermont white cheddar cheese. 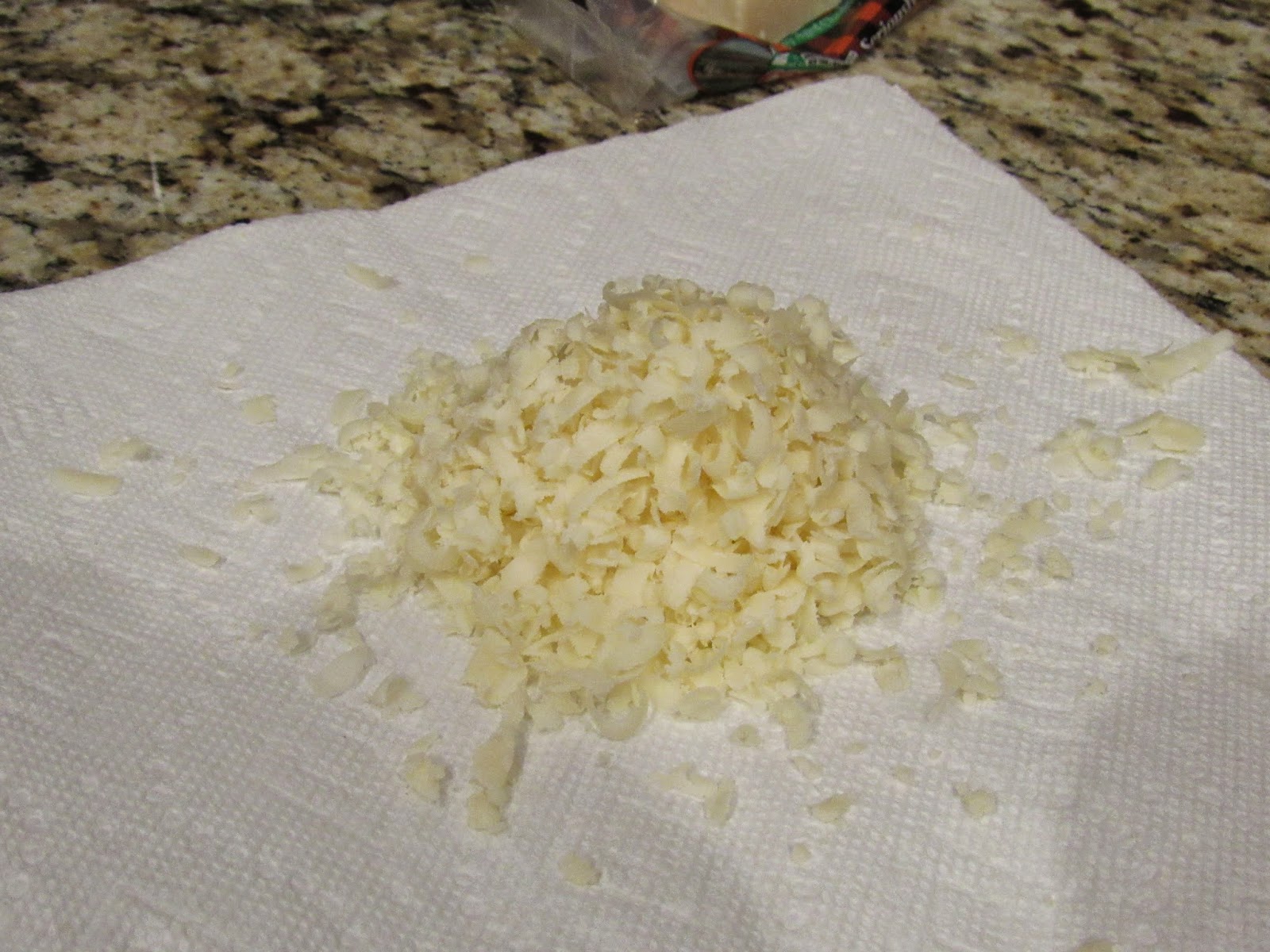 While she worked her masterpiece, I grilled the shrimp. 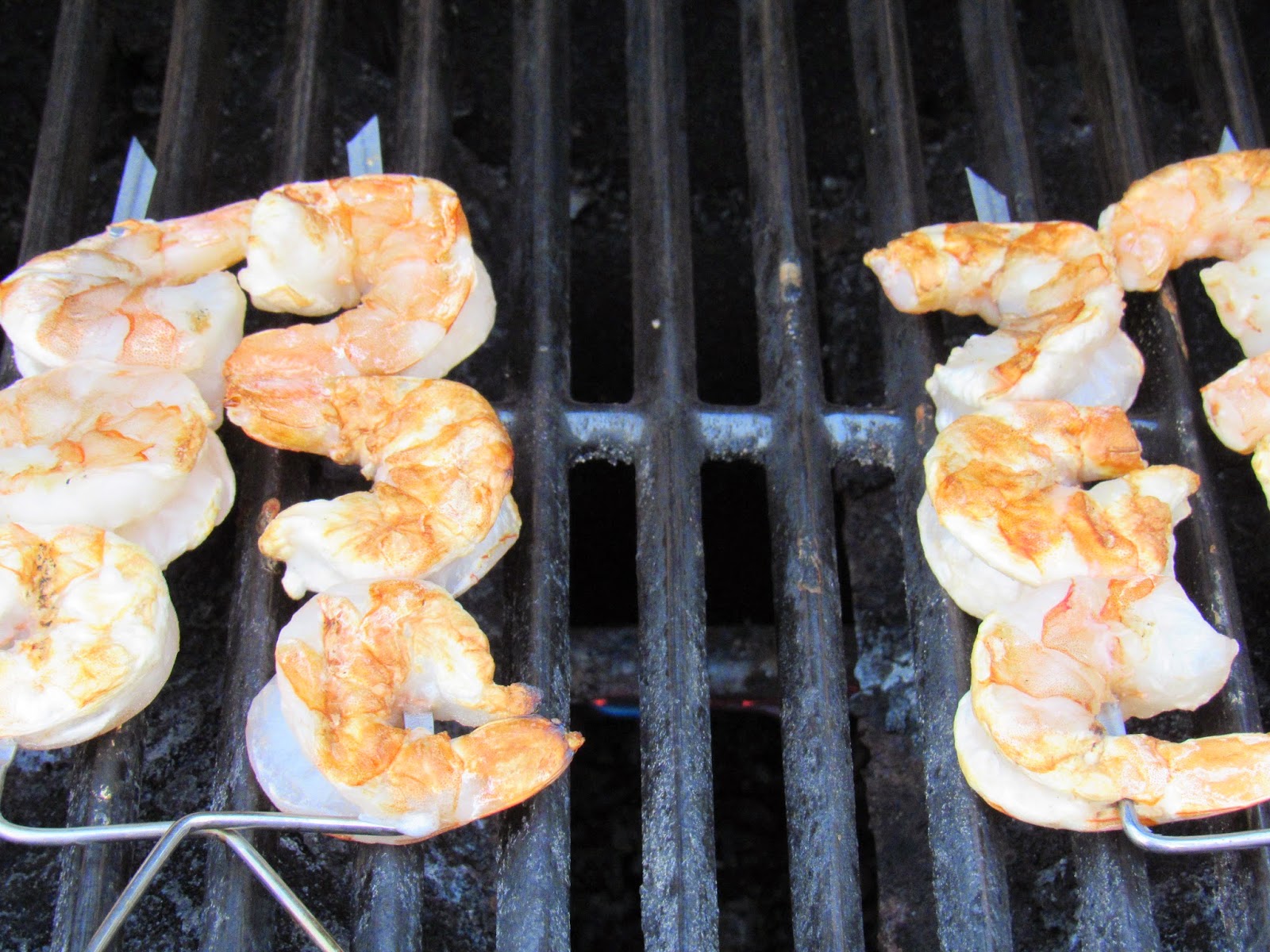 Used the left over bacon to add it to the mixture ... 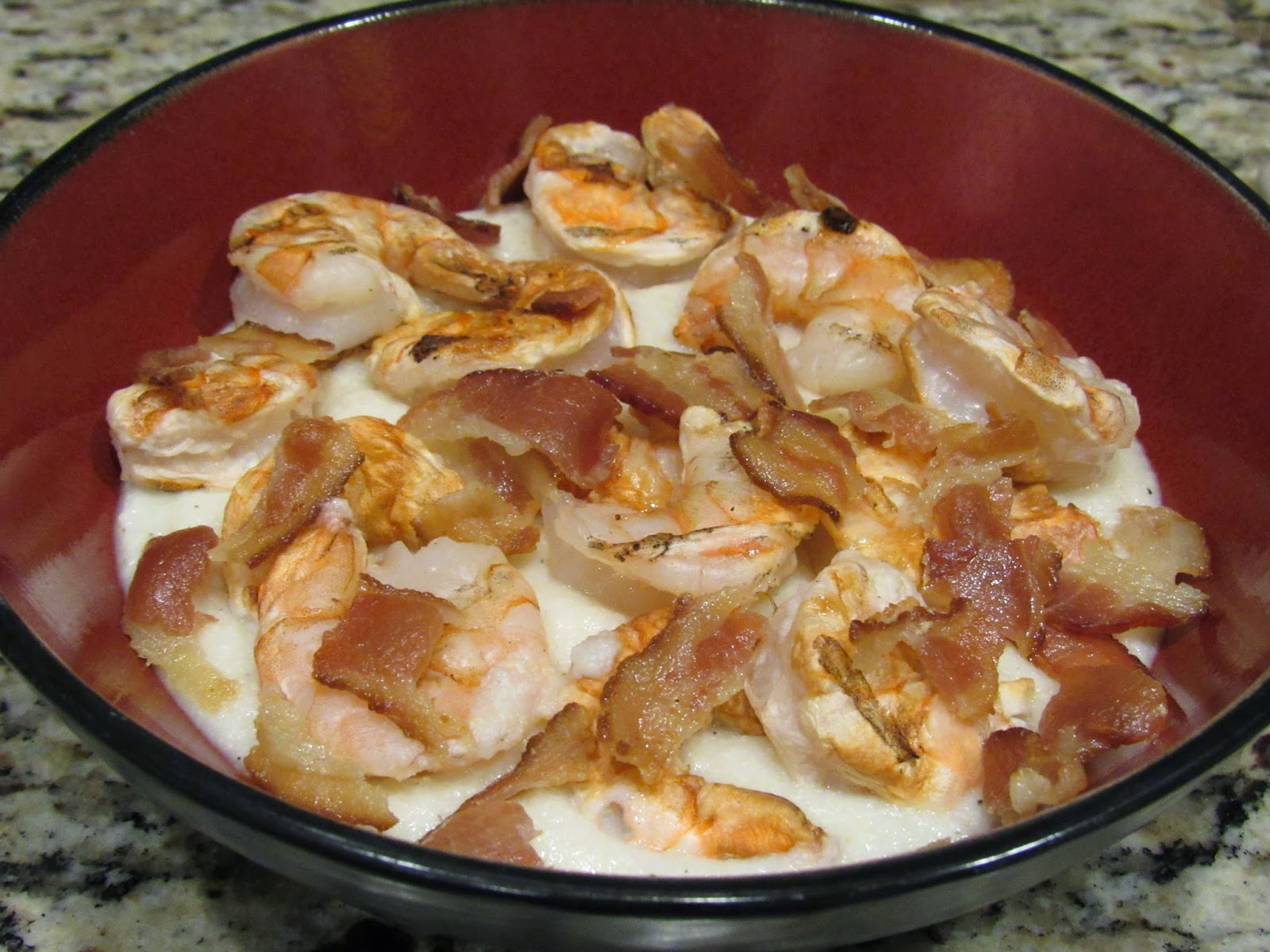 and drizzled on some spicy BBQ sauce. 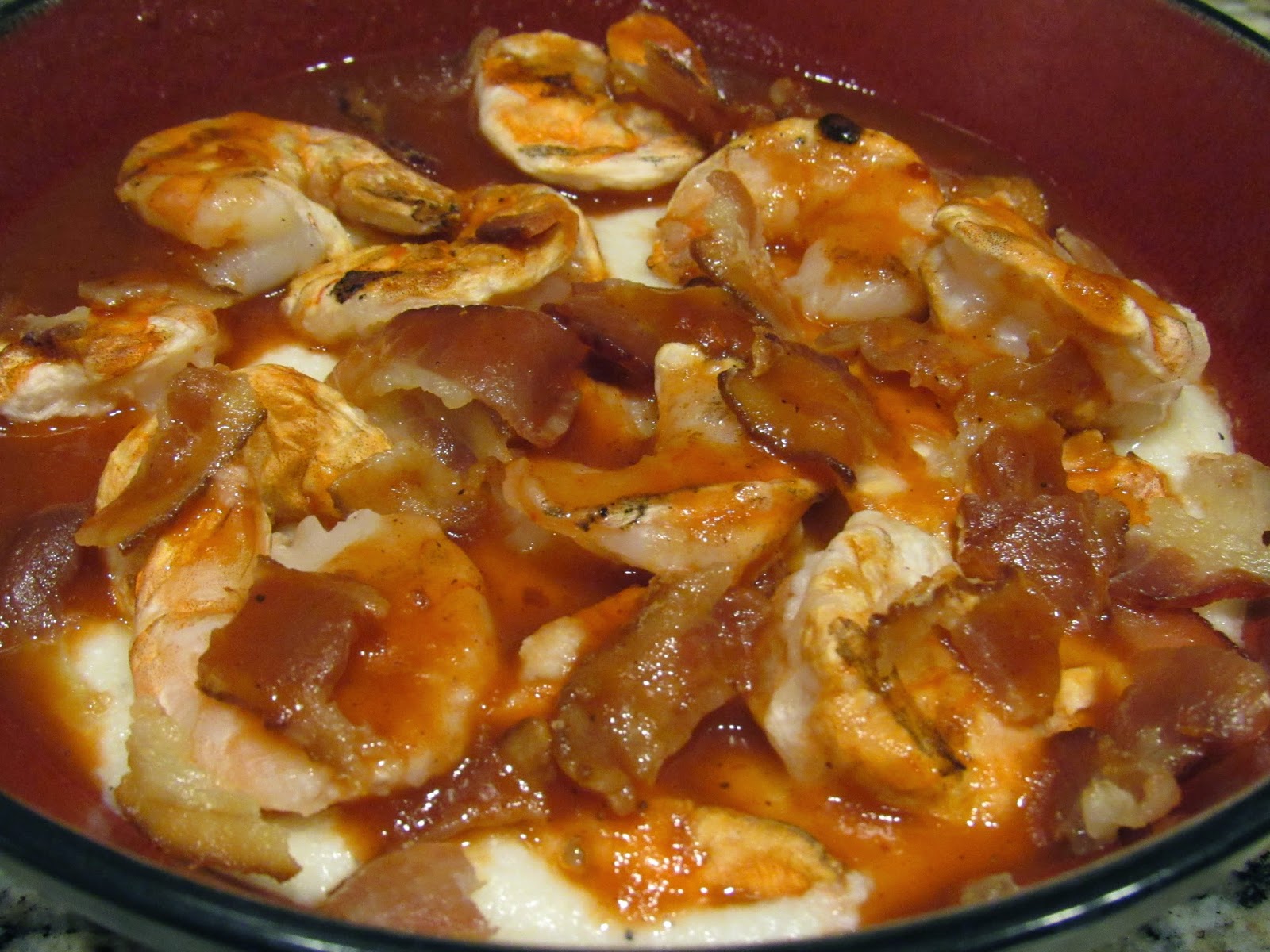 The appetizer and entree may not win the throwdown, but they were both extremely good ...

until I noticed the disaster left over in the kitchen afterwards (my wife is making me footnote that the dishwasher was full prior to beginning supper). 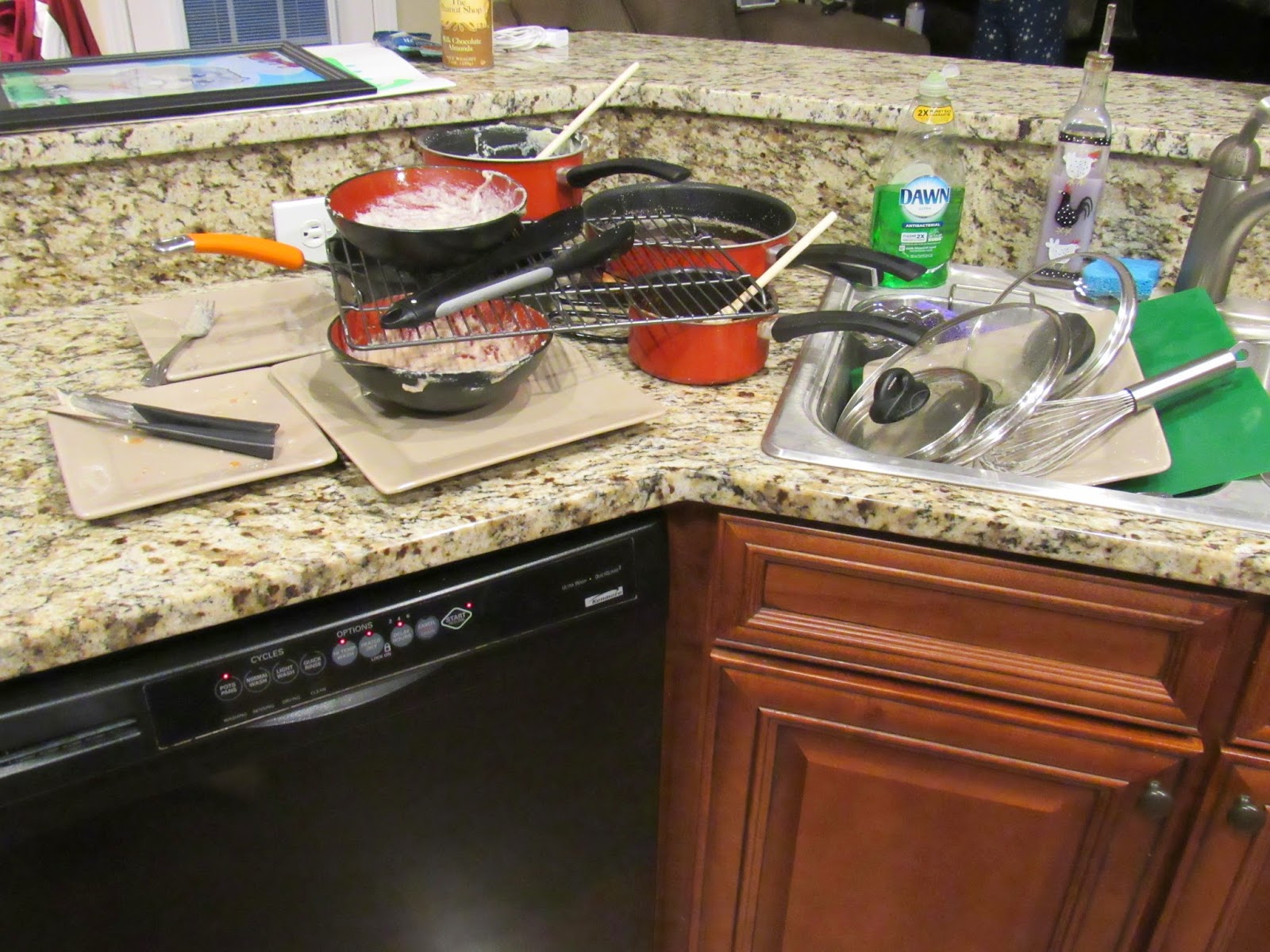 This morning on the radio they said that today was some anniversary for Popeye. I thought, how cool, I'm posting a Popeye named post today (was titled that before I heard it). I search to see which year it was to make this cool interesting post about how I'm making this fancy post on Popeye's anniversary, and all I can find is that it's actually January 17th that Popeye first appeared. So with that being said, I have no clue if this is an important Popeye day or not, but here's my first cooking post in what seems like forever.

So my mom sent this recipe to Dawn, and knowing that it's 2 things that I am not fond of, she thought it'd be perfect to try.

The first steps is pretty easy, get some chicken breasts and trim off all the globs of fat. As you can tell, like my butts, I like big breasts too. 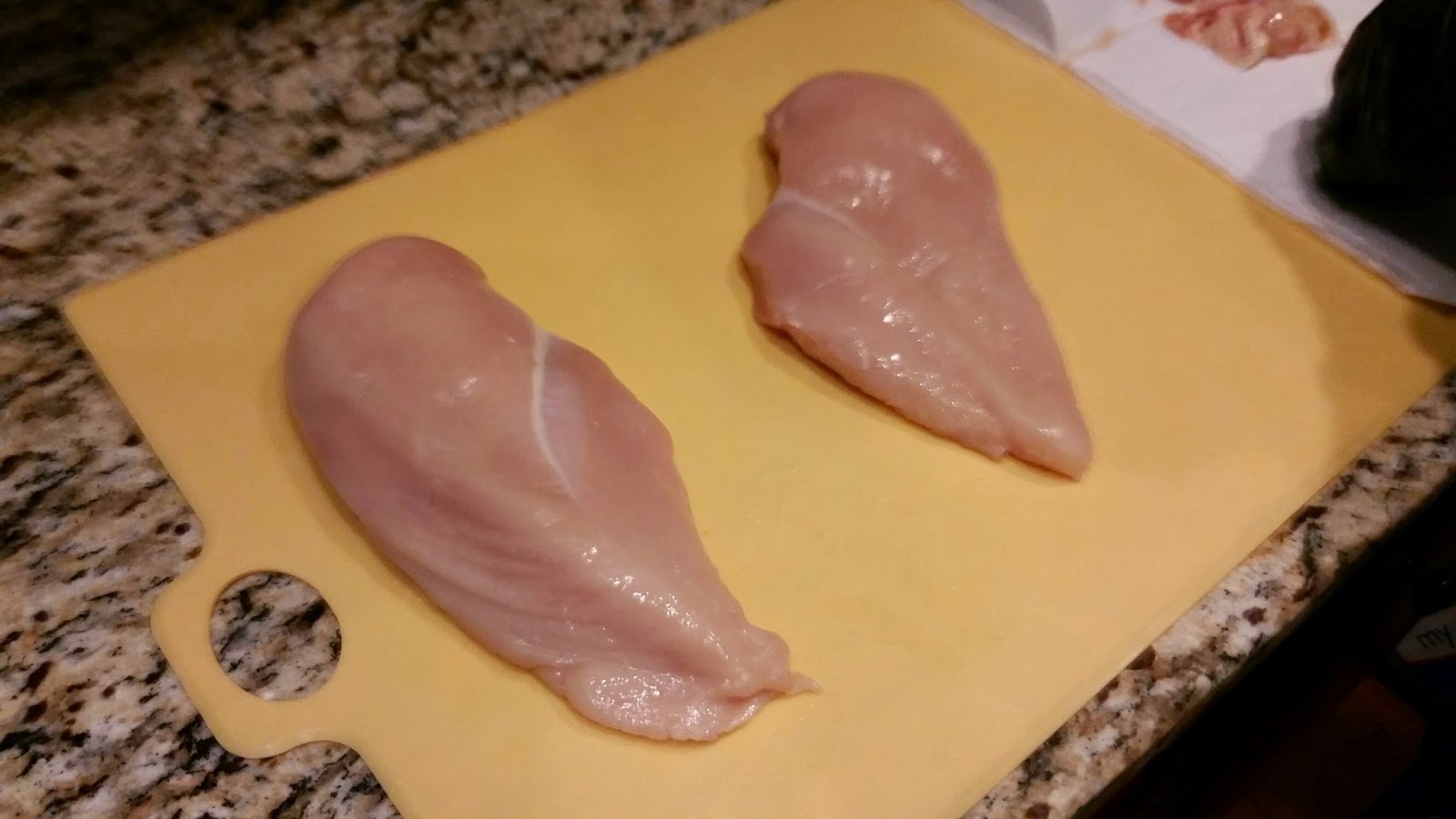 Cut a pocket on one side and as deep as you can (the bigger the pocket, the more filling you can get inside). I usually place my opposite hand flat on top side of the meat while I'm cutting, so I can feel the angle of the blade inside and it helps keep me from cutting through one side and gives me a more even cut. 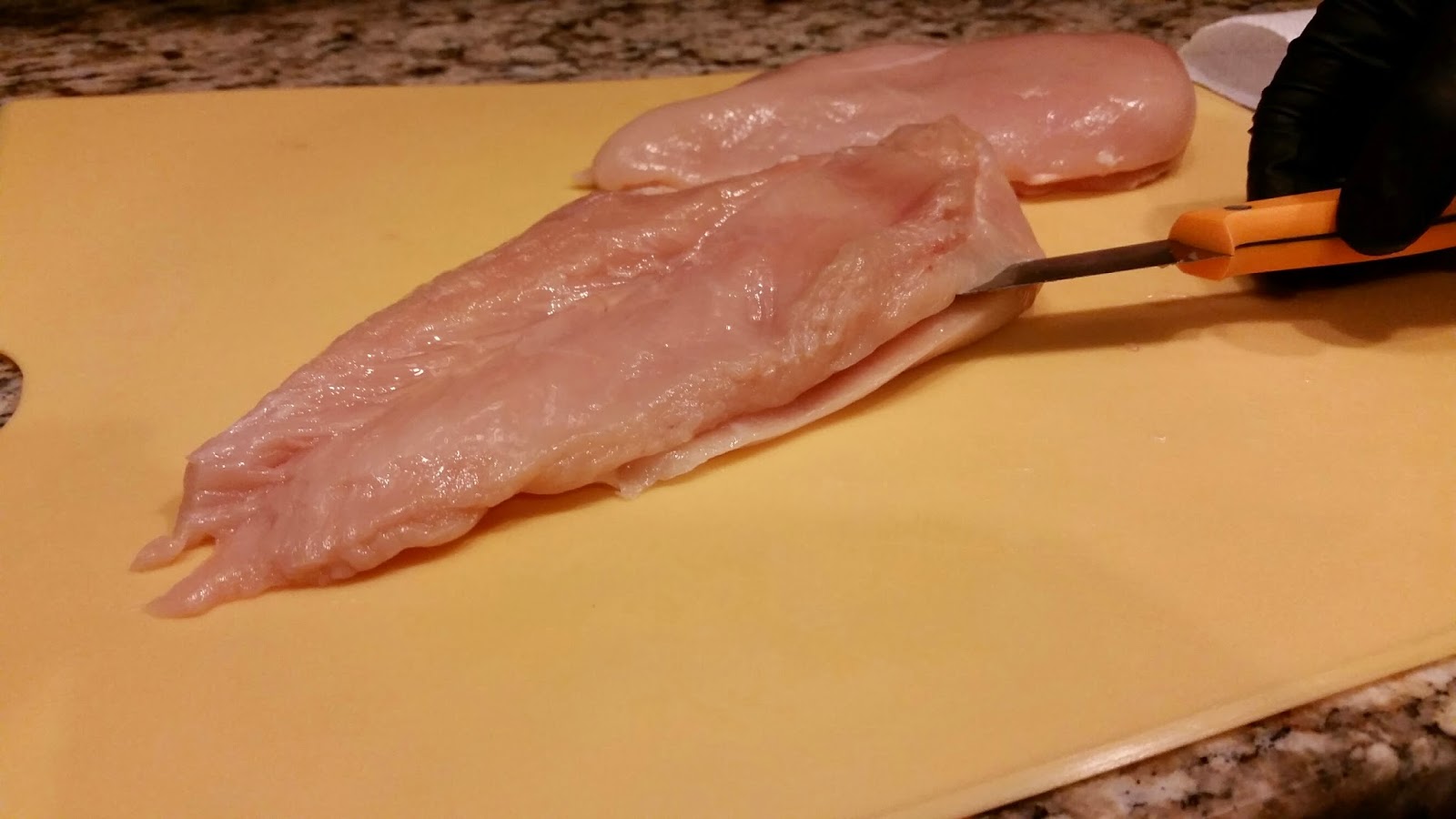 We used deli ham slices for the ham, then chopped the spinach leaves (throwing out the steams), and mixed the cream cheese and feta. 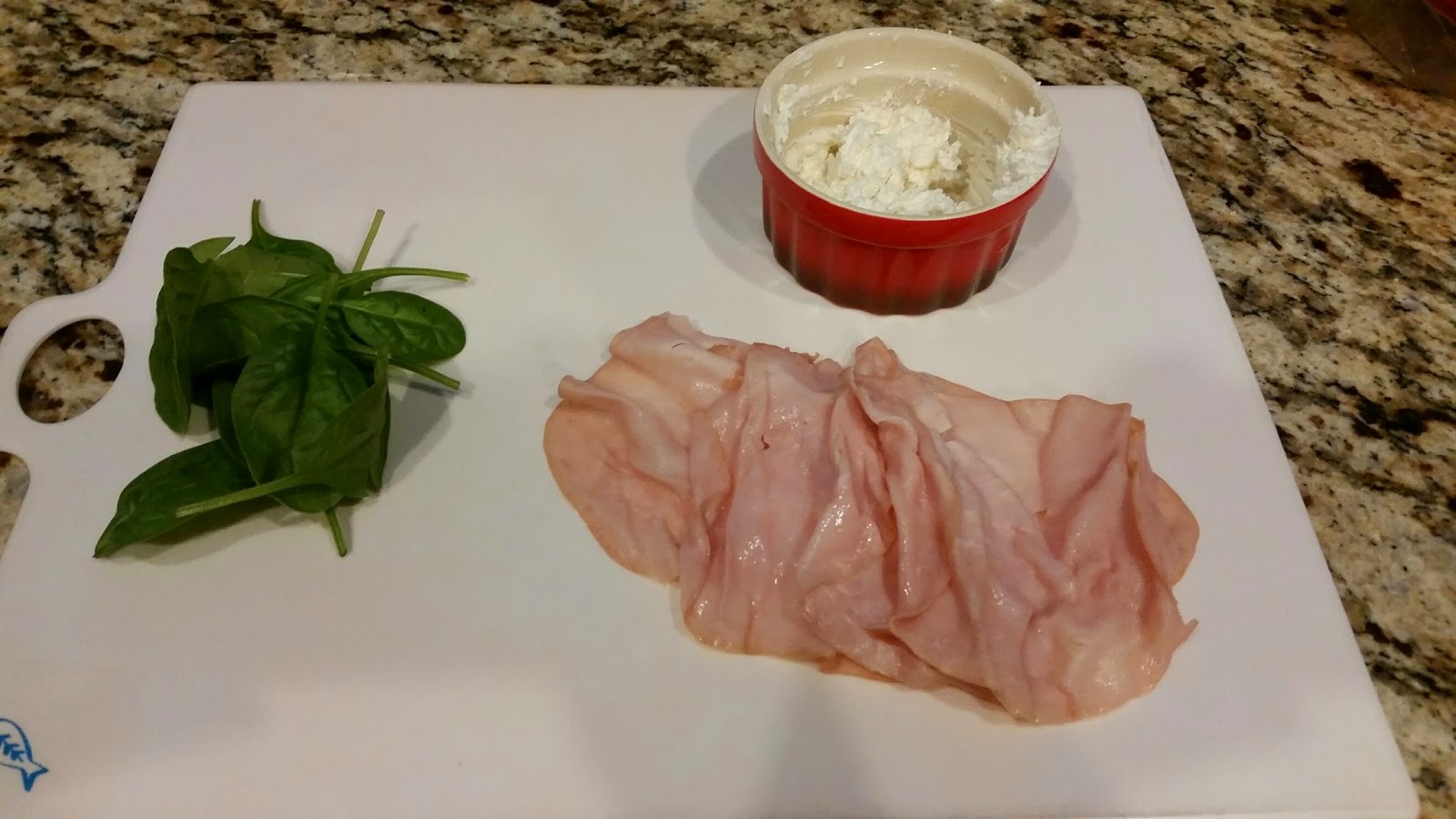 I laid 2 slices of ham flat, and on one half added the spinach and on the other, the cheese mix. 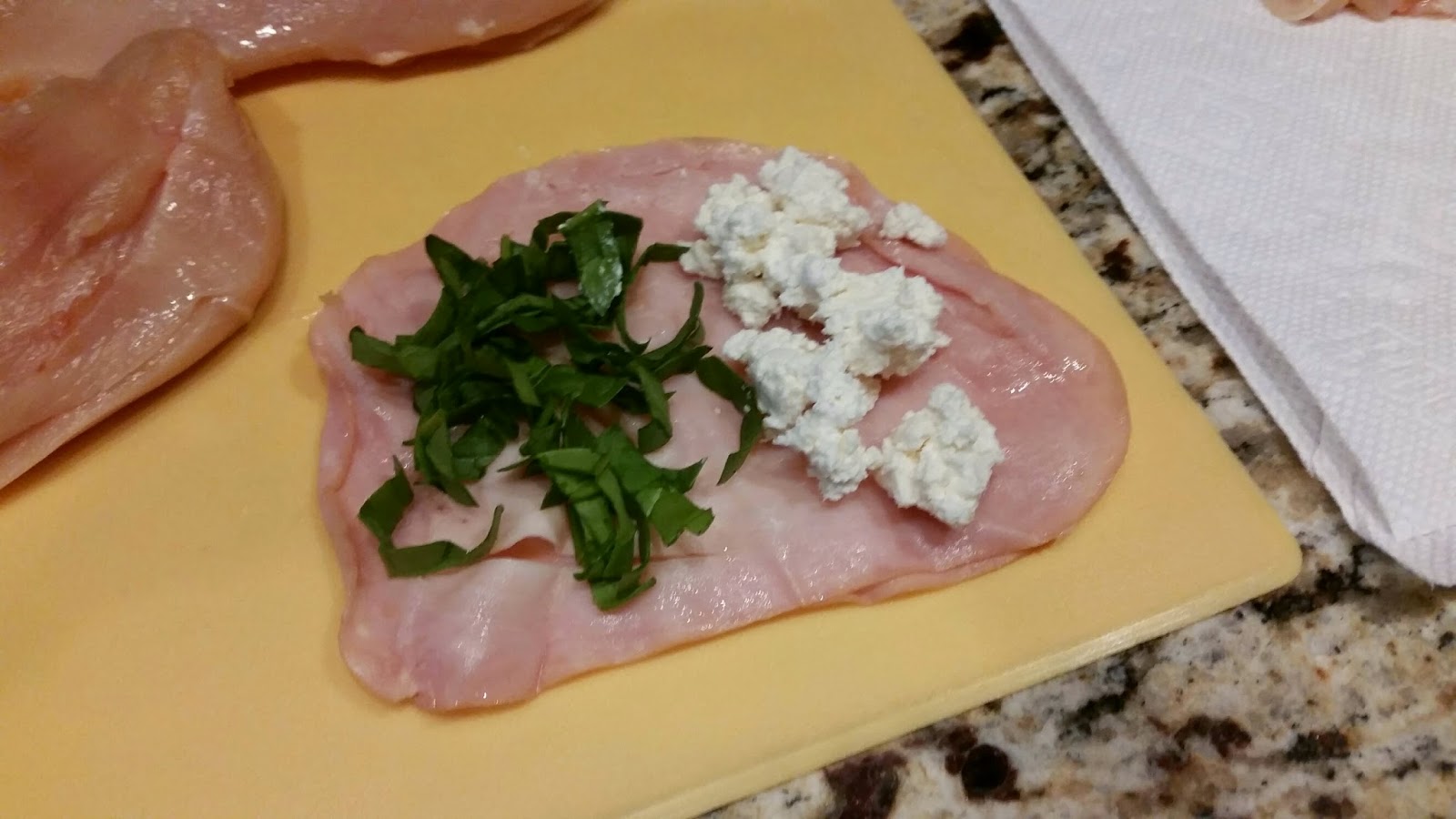 Folded it together ... just cause. 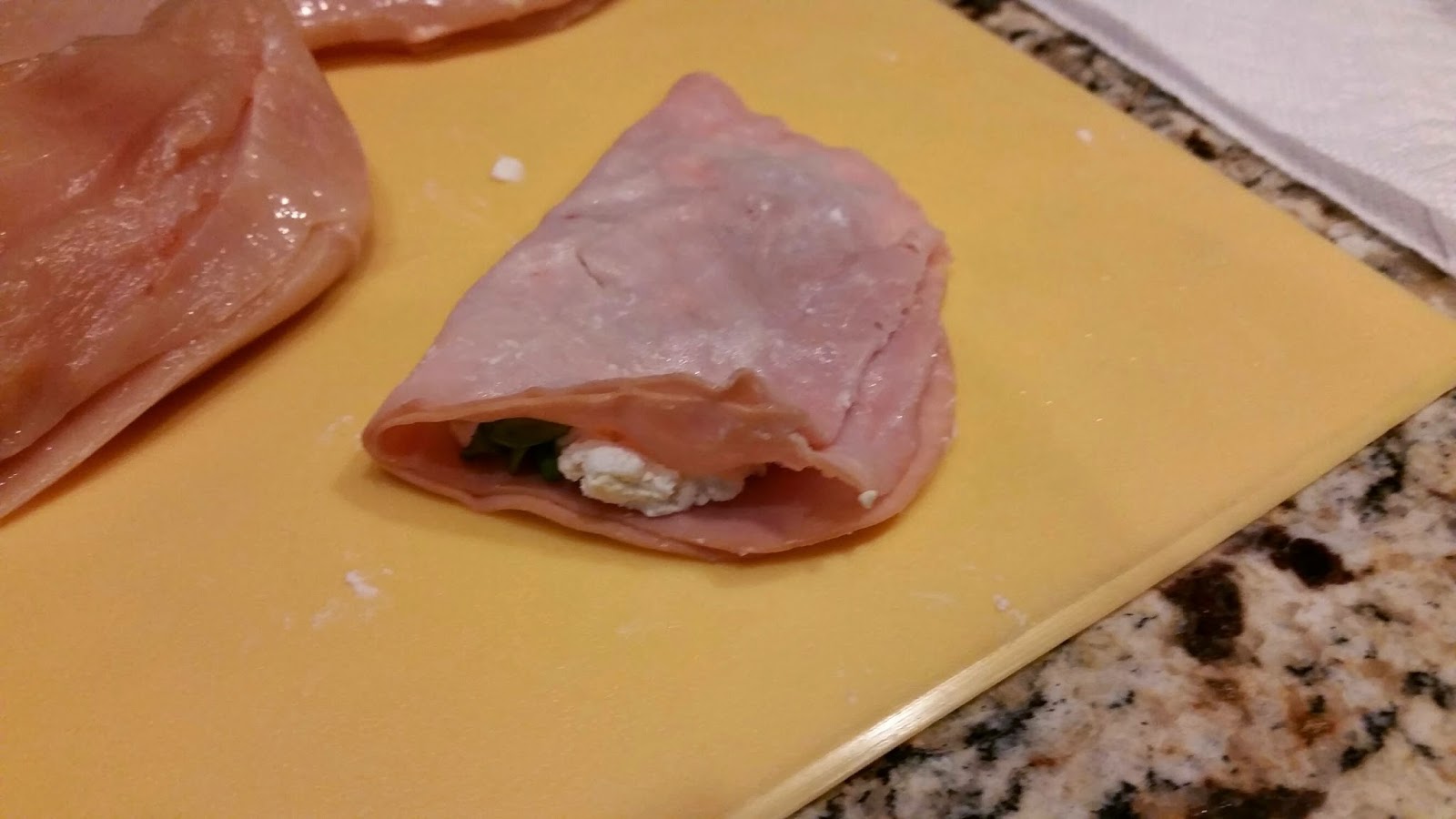 Slide in the little mixture sandwich and added some EVOO and smoked salt and pepper on top. 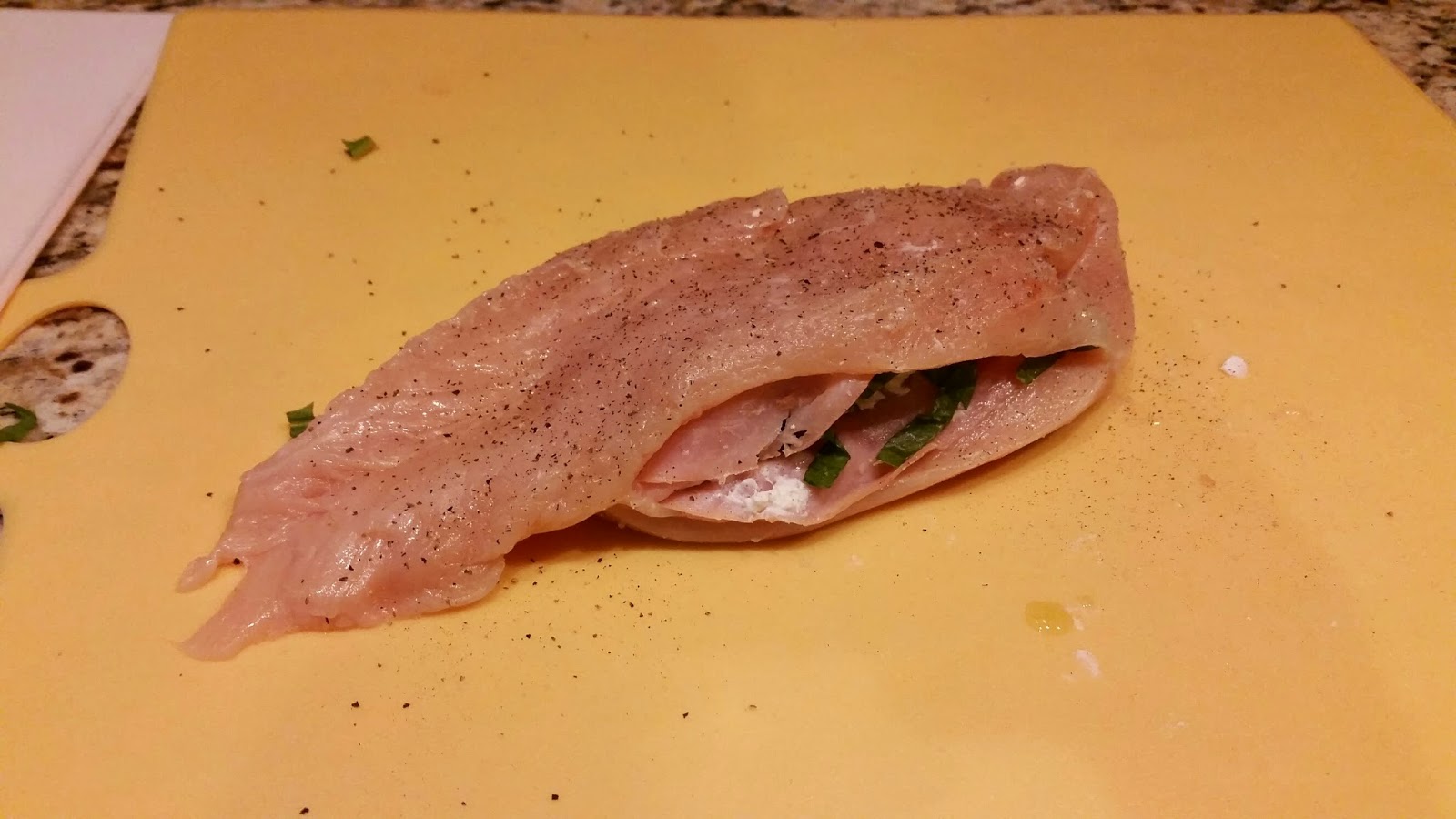 Close them up with toothpicks. 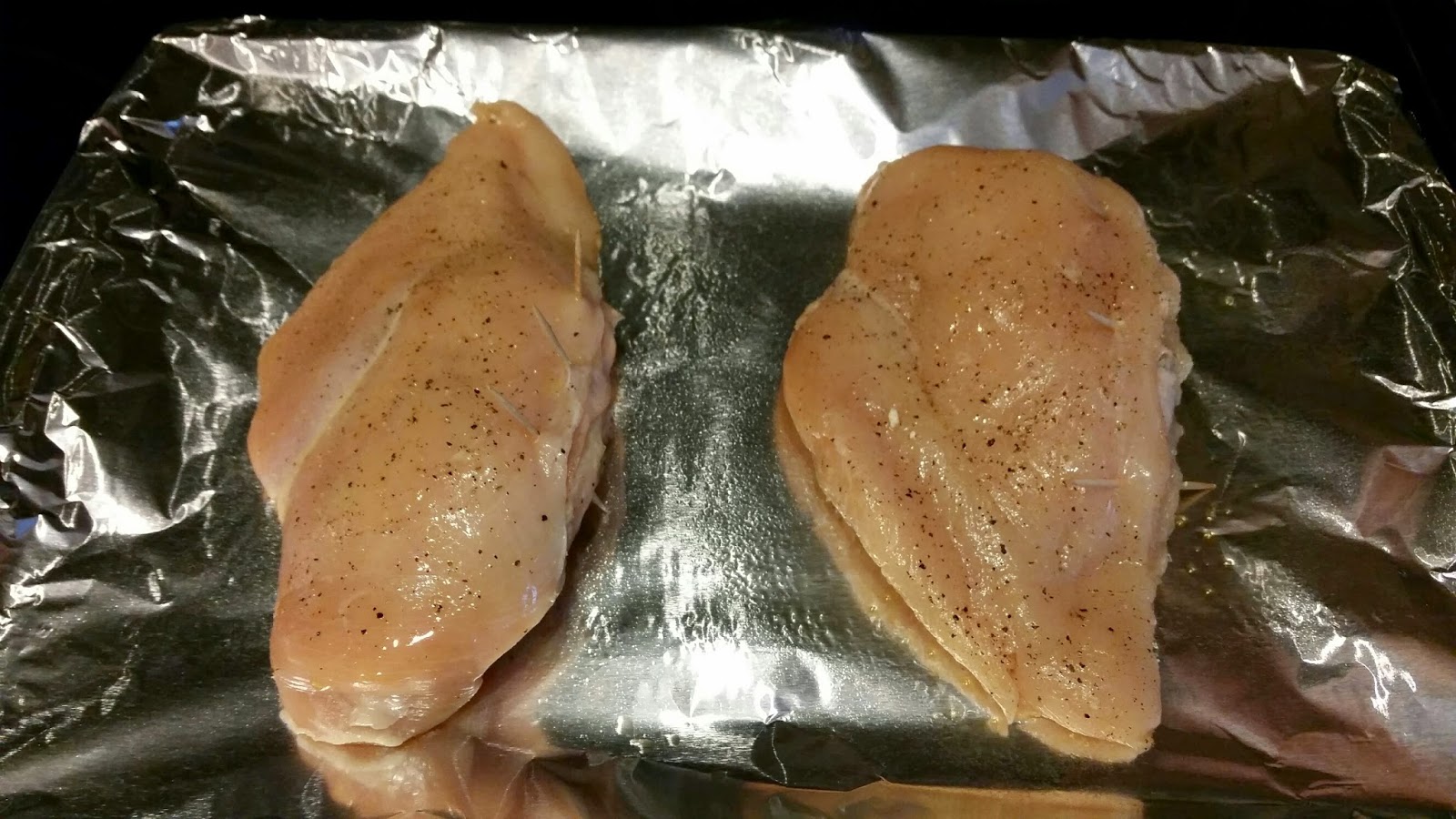 Baked in the oven at 350 for 40 minutes (recipe called for 45, but we thought that'd be way too long). Added some asparagus on a separate tray underneath. 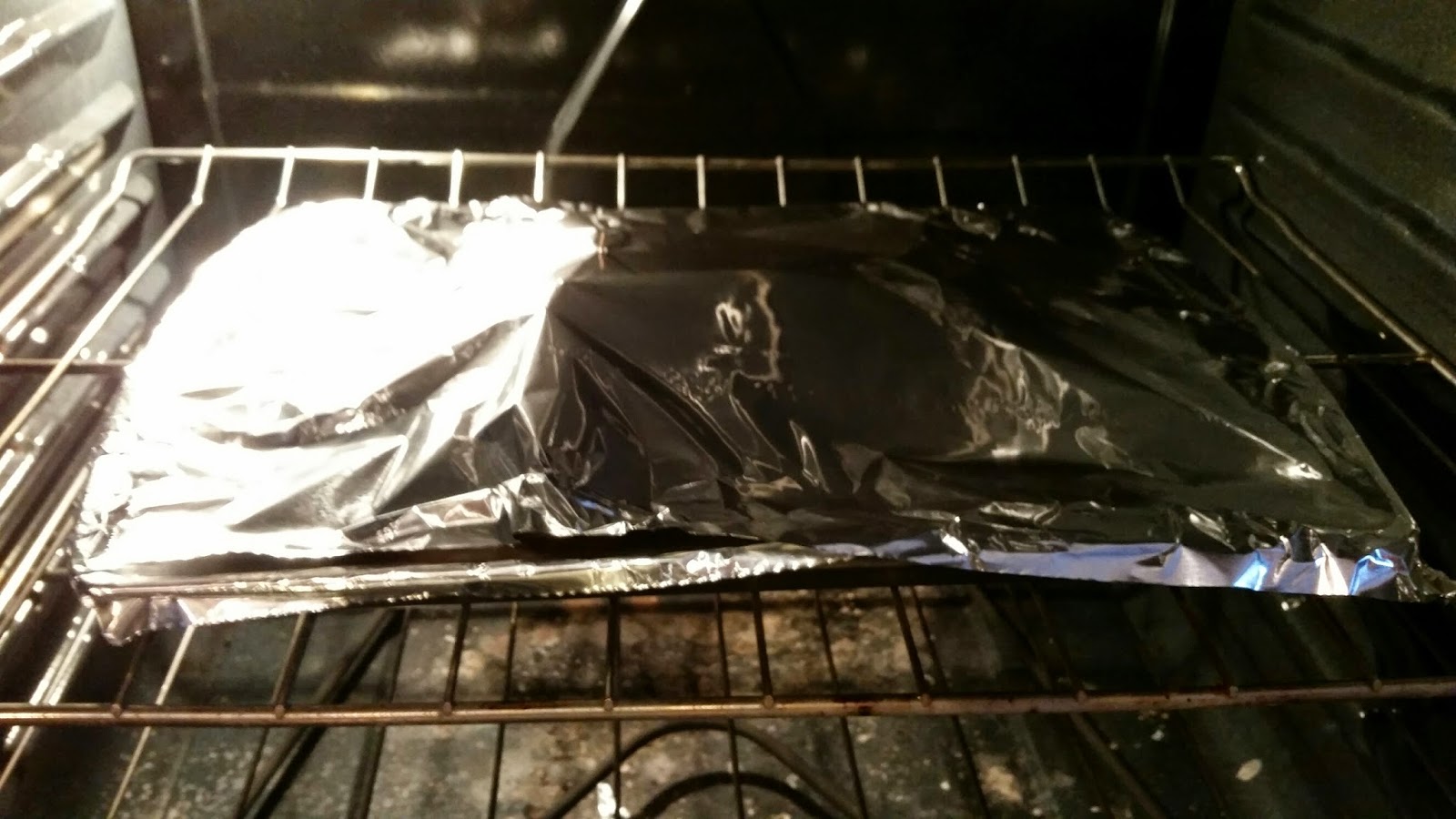 We should have taken the foil off halfway through to give the chicken a little color. 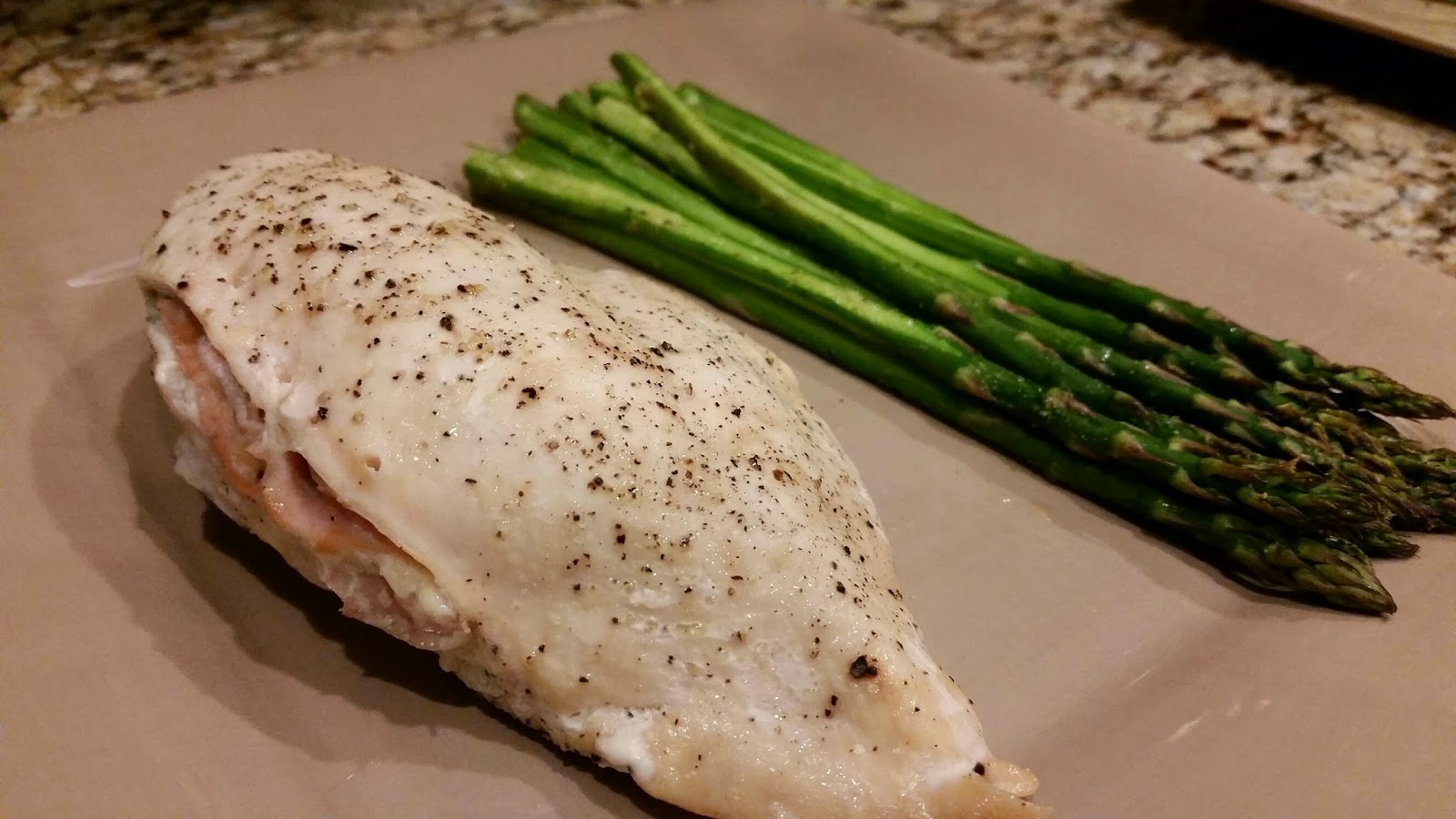 Probably could have pulled the chicken a minute or 2 earlier. It wasn't dry, but as you can see, just tore a little while cutting through it. 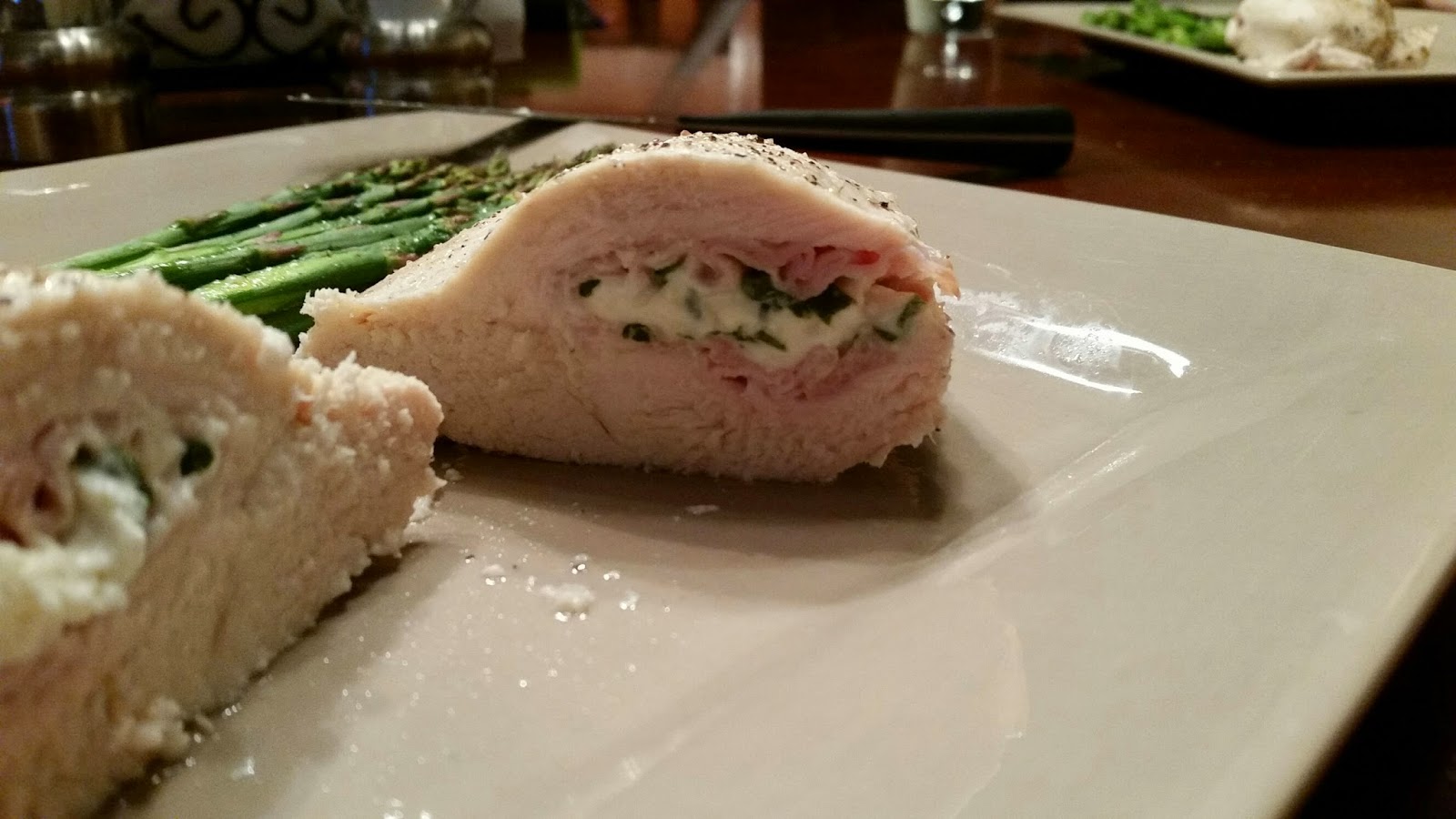 I'm not a big spinach fan, and I hate cream cheese with a passion ... but this is GOOD! If you're tryign to find something delicious and healthy, here you go.