We made our return to Atlanta for our second game at the new Suntrust Park for the Braves. We left out early so we could make it to Atlanta in time for lunch to try a new place off our list of restaurants. For this trip, we went out to Dekalb Ave to Fox Bros BBQ to try their Everything BBQ. 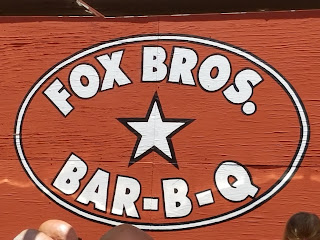 You can't go to a BBQ restaurant, see a beer named Naked Pig, and not get it. It was actually really good. 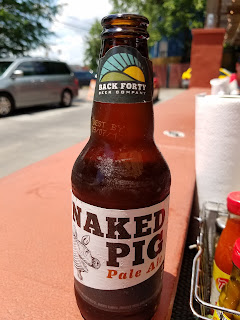 For our Everything BBQ we had the Brisket, Jalapeno Cheddar Smoked Sausage, Pulled Pork, and Ribs with Baked Beans and Mac & Cheese. Basically the staples for if you're going to be a good BBQ restaurant, you have to nail these things. 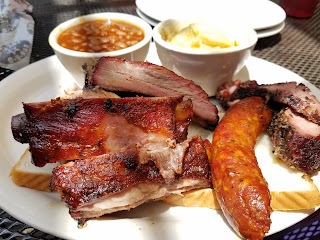 Well, they nailed it. The brisket and ribs were absolutely nailed on cook and were absolutely delicious. The sausage was amazing and juicy. The pulled pork was good, but nothing to go crazy about until you added their sauce. The sauce was amazing once added to the pork. As for the sides, they ranked right up near the top too. I couldn't have a complaint with the food if I tried. 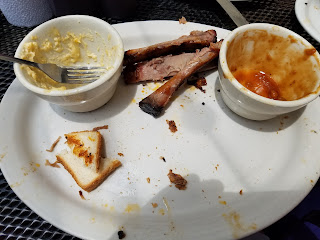 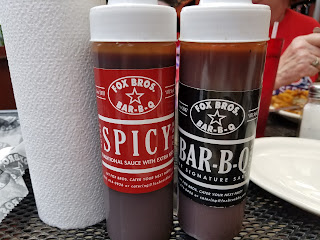 Once we made it to the game, this move by Curtis Granderson of the New York Mets was awesome. The teams had already lined up for the National Anthem, and he still trotted down to sign a few autographs before the game started. Some of these pro athletes forget who pays their salaries. 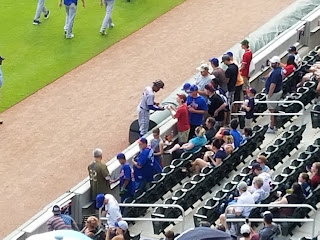 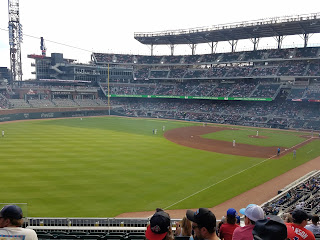 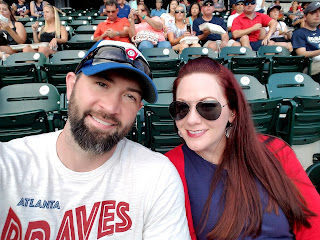 The only thing you can complain about Fox Bro's BBQ is that the parking is a little snug. Other than that, it's a neat restaurant and the food is amazing.

Posted by Brandon Fowler at Thursday, August 10, 2017 No comments: