Dawn and I just participated in our first Glock Sport Shooting Foundation event this past weekend in Morganton, NC.

We decided to join the GSSF for a few reasons. First, you get really great benefits (gun discounts being one of the best). Second, was for the extra practice that it would provide us and a way to shoot under pressure. I'm extremely competitive, so the pressure I put on myself to perform well (with a couple hundred people "watching") is pretty high. Then, this is a fun hobby that we can do together. I seem to get into a good number of hobbies, but not all of those allow us to spend time together. This is a way that we can spend more time together and cheer each other on as well.

Luckily for us, I'm a member of GID (Glock ID), and met up with a member that had shot in the GSSF for years and he and his wife were more than happy to help us along.

We were told from the start that Glock the Plates would be the toughest event to shoot in. Glock the Plates is 6 8" round targets 33 feet (11 yards) away. When you first hear, 8 inch target, it doesn't sound that small and when you hear 11 yards away (just over a first down in Football) it doesn't sound that far. Now think, a dollar bill is give or take 6 inches, so the targets are less than a dollar bill and a third in size around. Imagine having to shoot that from 33 feet (over 3 basketball goals). 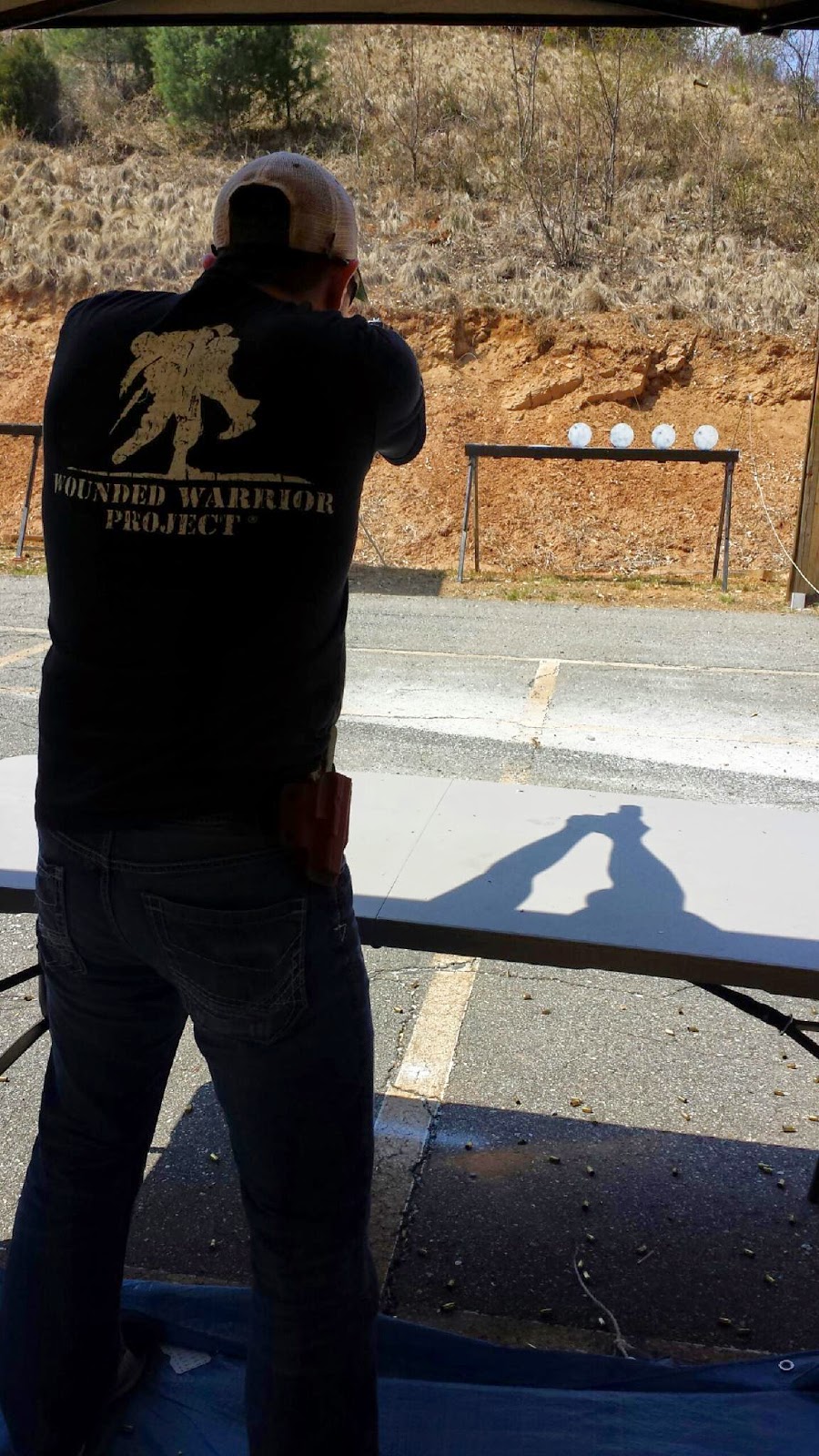 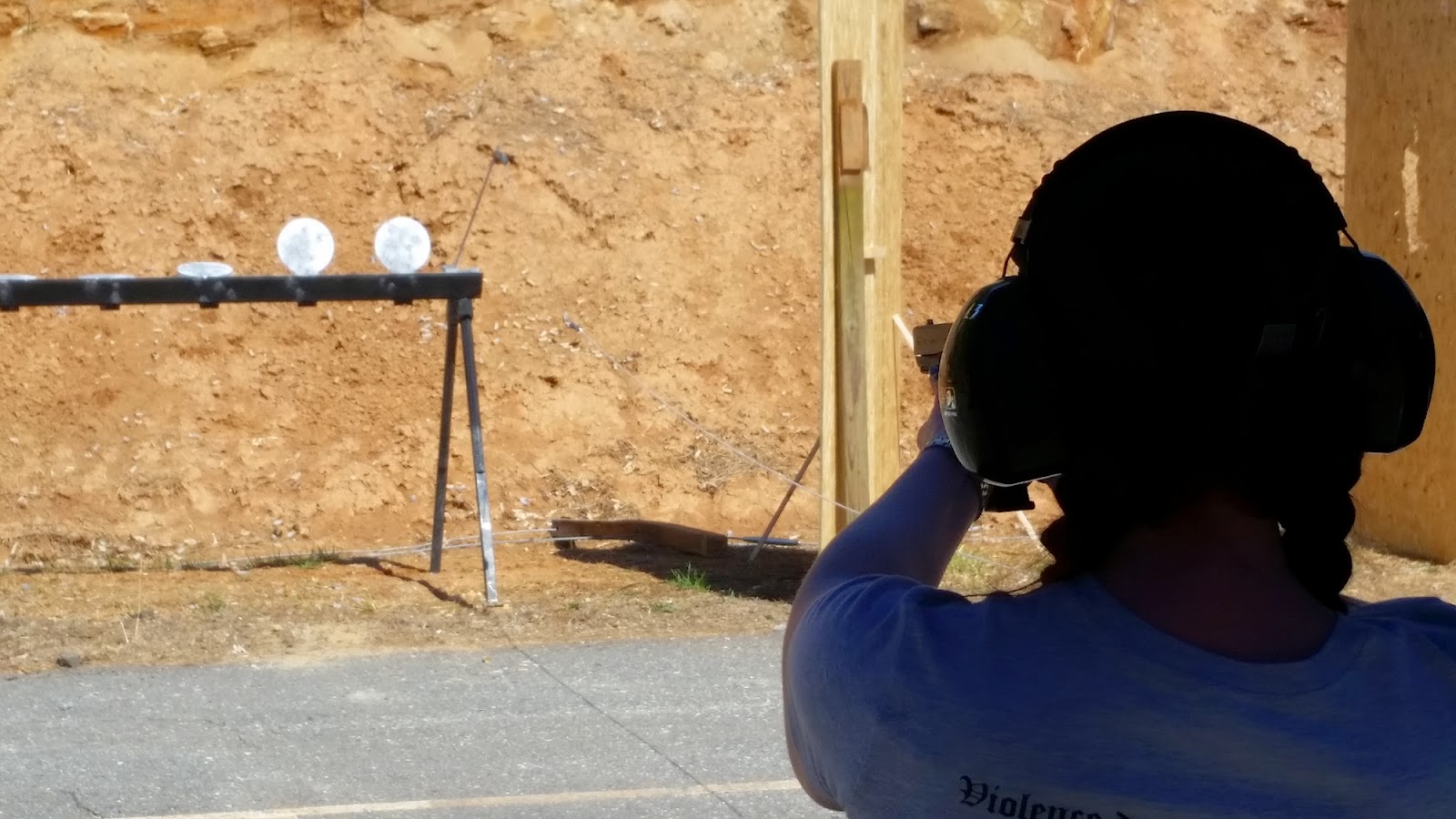 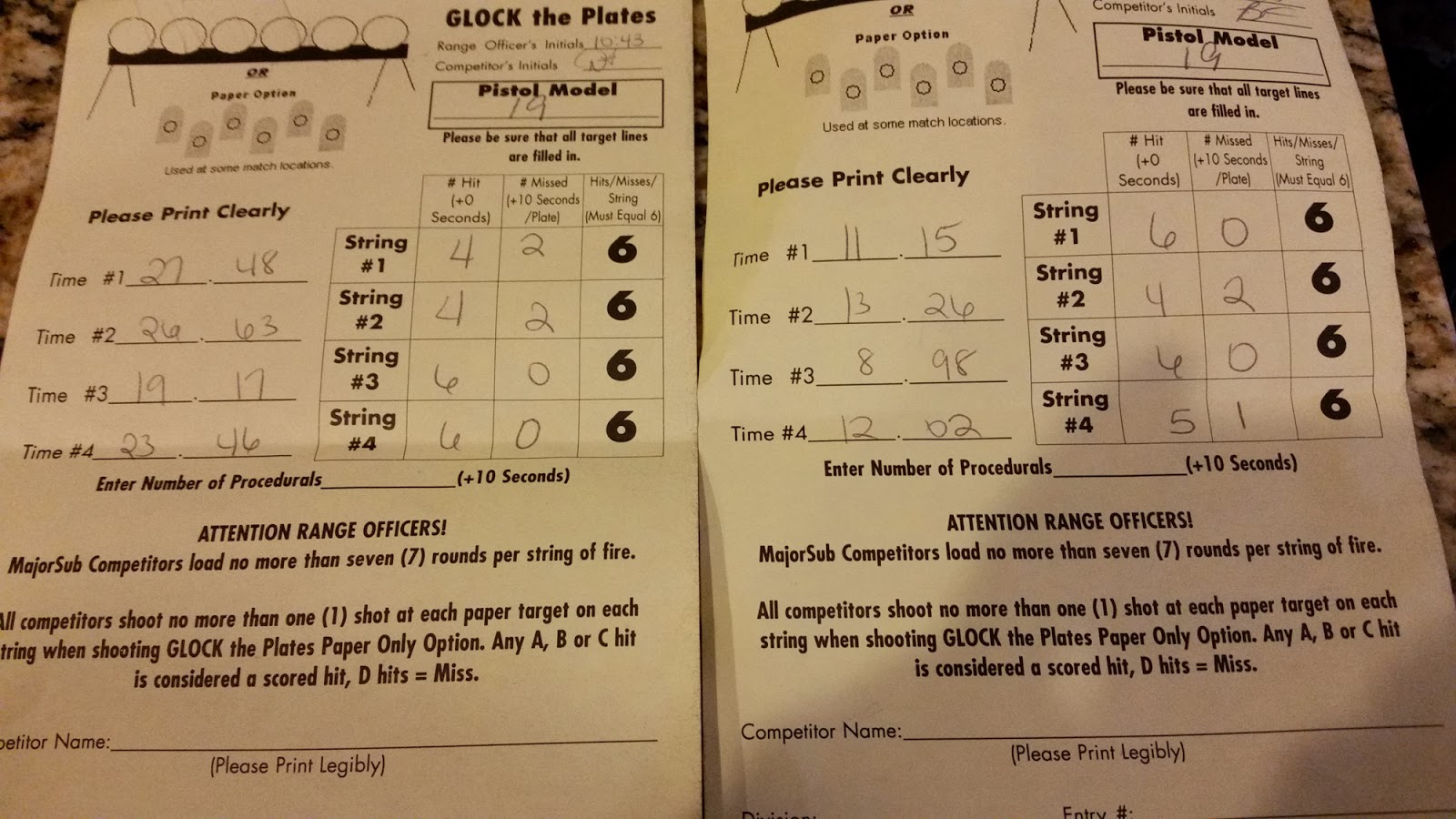 Glock the Plates is scored by your time. You're added extra time for each plate you leave up ... I shot my best on the plates, which is odd, since it forces you to be even more accurate.

Next, we did the 5 to Glock. There are 5 cardboard targets and you fire 2 rounds at each. The goal is to hit inside the Alpha and Beta section. A hit in Charlie adds 1 second and a hit in Delta has a 3 second penalty. A complete miss (Mike) adds 10 seconds to your round ... I had a couple of 10 second penalties. 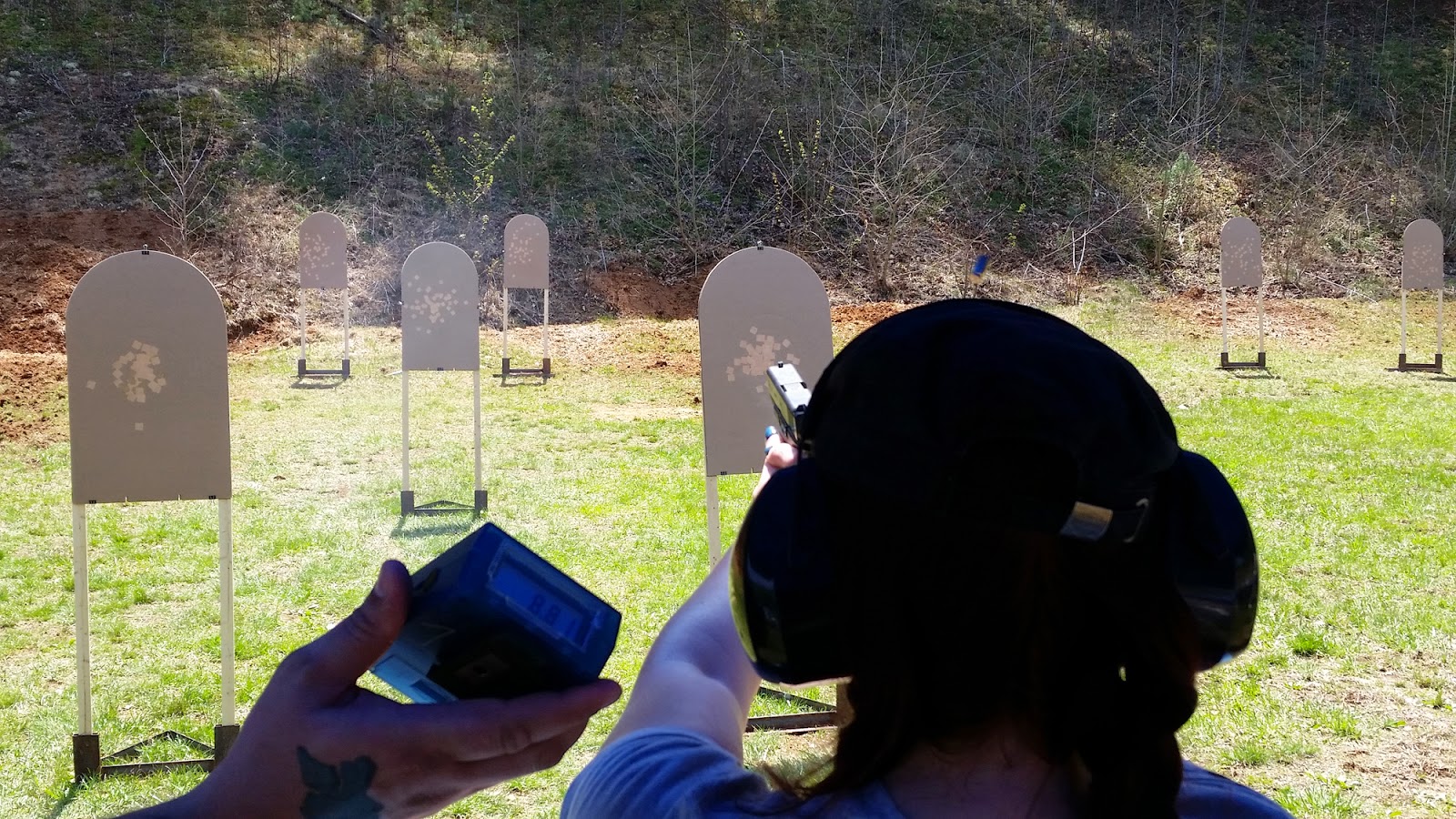 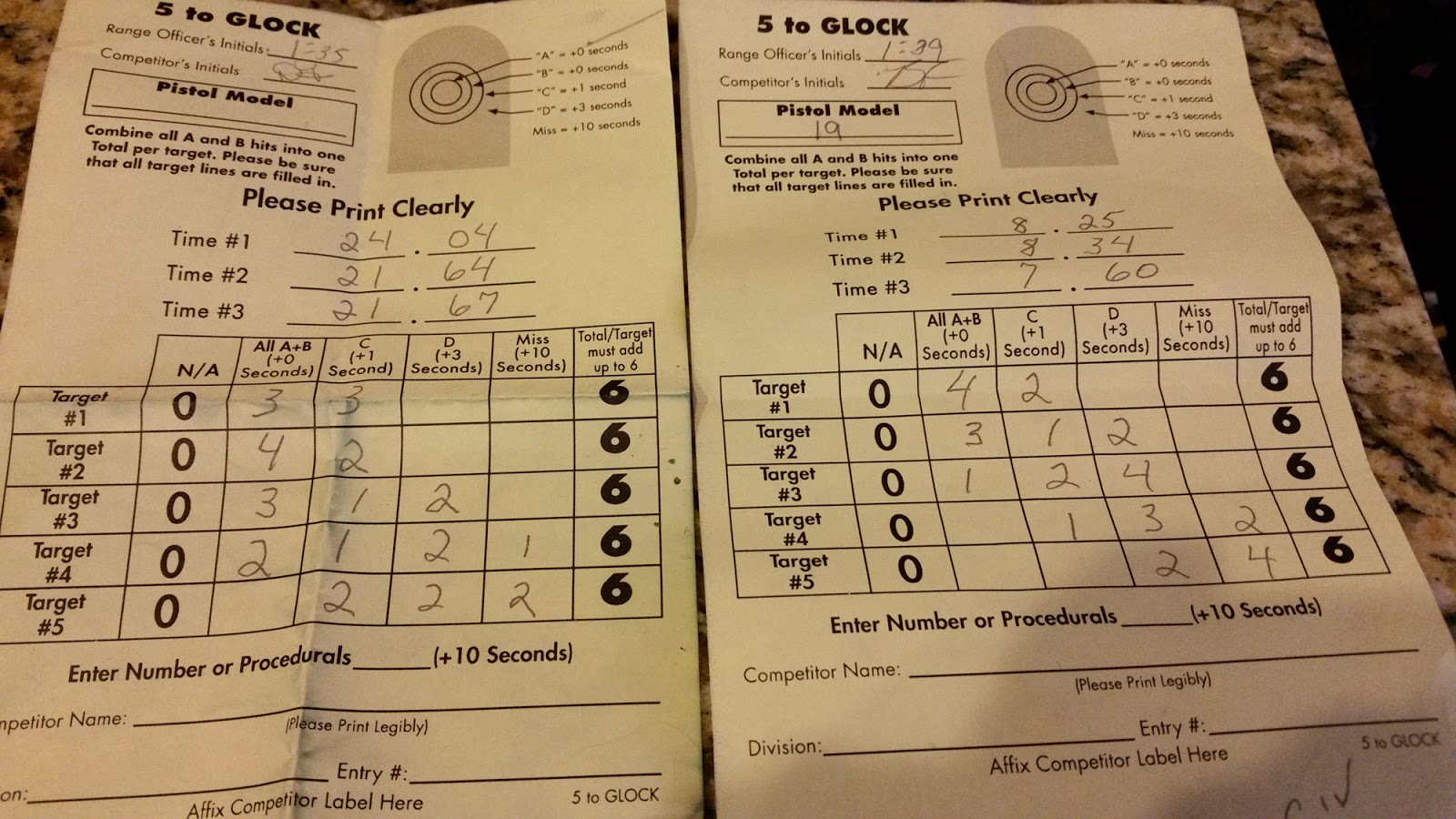 The morning started out great. We practiced the plates and then shot the plates within 30-45 minutes of getting to the range. Then ... they had some trouble with the squatters at the 5 to Glock event. They're supposed to call names in order of the time that you sign up, but they were calling them from the time you stated that you're ready to shoot. This caused a huge bottle neck, and a mega waiting period. After a few hours one of the coordinators came over and explained how it was supposed to go and the line all but vanished. A little inconvenience, but everything won't run 100% smooth every single time.

We finished the day off with the Glock M section. This is set up similar to 5 to Glock, except instead of having a cardboard target in the center, you have 1 steel target.

The scoring is the same, except you're docked 10 seconds for missing the steel target. 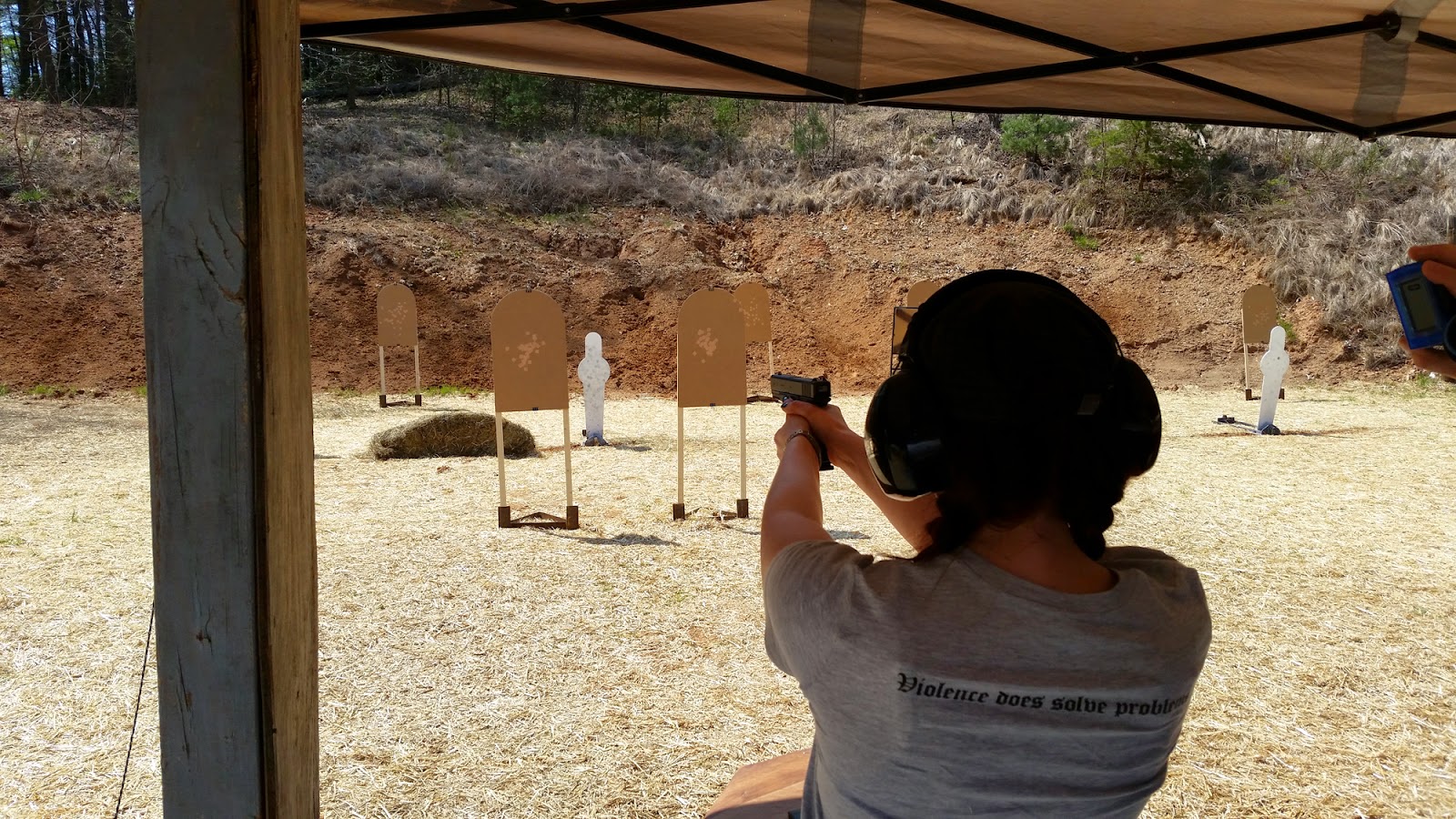 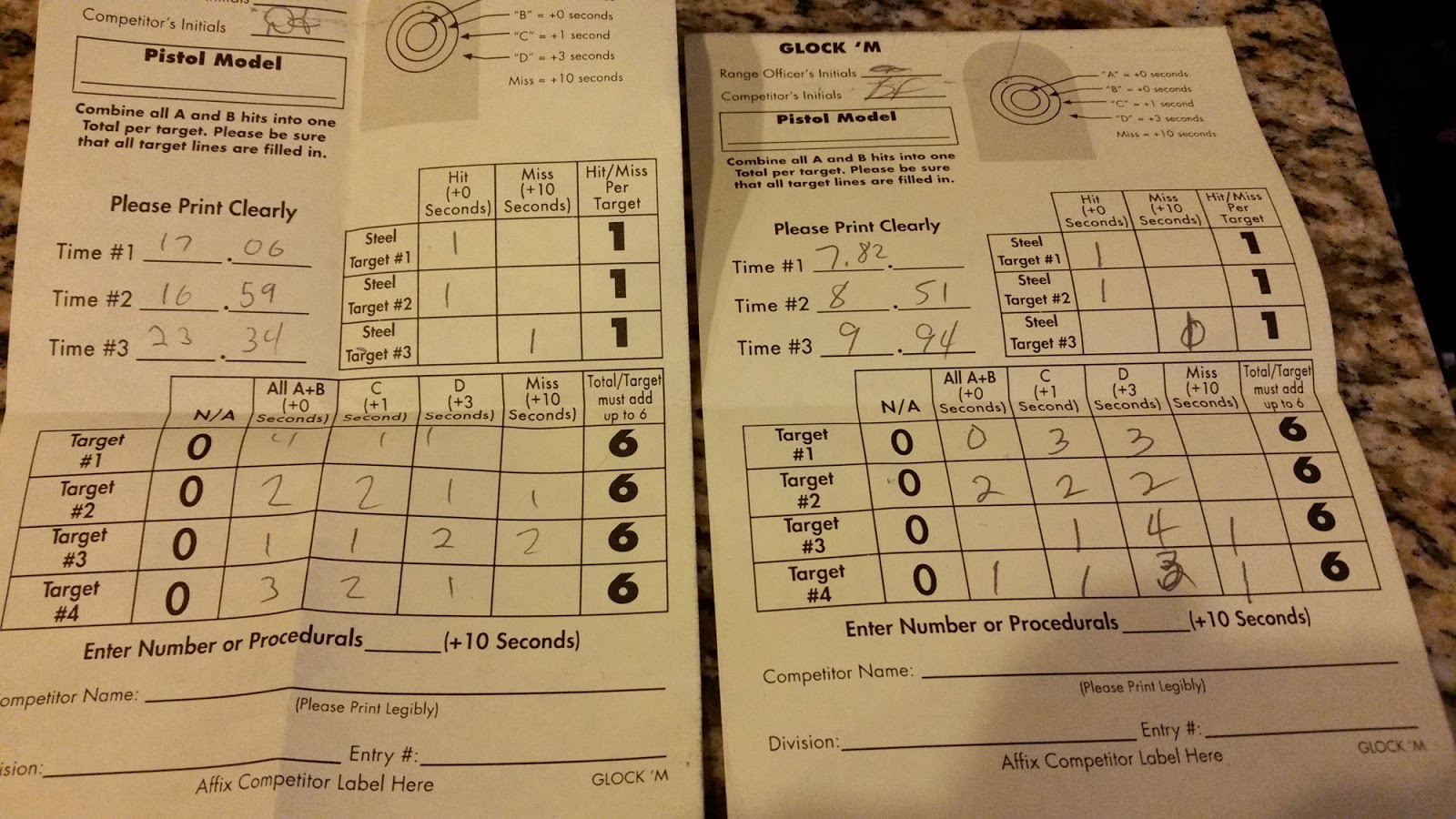 We both could have done better, but we had a great time and know what to work on for the next event.