Breaking In Jessica, The Right Way

I've been asked time and time again "when are you going to let everyone try some of that BBQ you talk about?" In talking with a buddy of mine on BBQ Brethren. He told me I needed to smoked a bunch of butts, so the fat will help seal everything up. Hhmmm, people want to try my BBQ and I need to cook a bunch of pork, hhmmmm.

Since others were going to be eating this. I decided to go with what I knew was good.

I whipped up some of Myron Mixon's injection. Then covered all 4 butts in Plowboys Yardbird Rub. 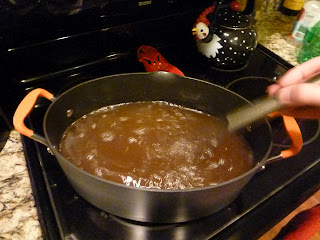 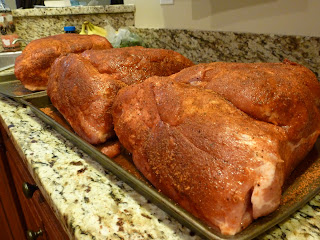 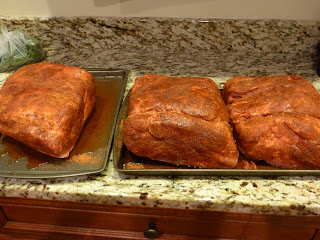 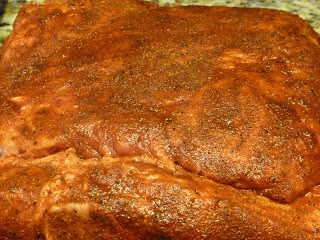 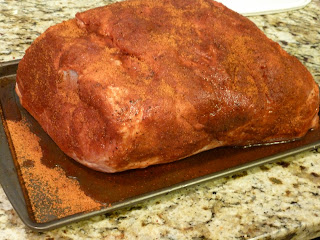 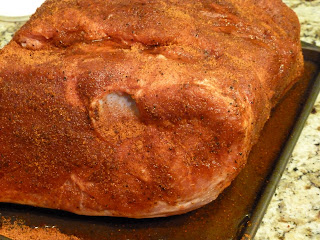 After an hour or so in, they're starting to climb up in temp. 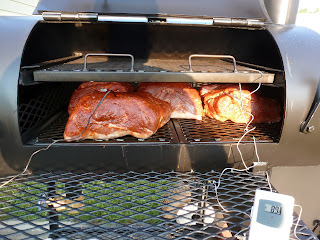 On down in time, the bark is starting to darken up. 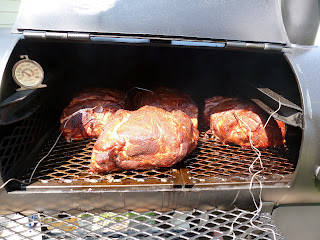 They were cooking a little differently, so I wrapped 2 of them and left the others to get a good dark bark. 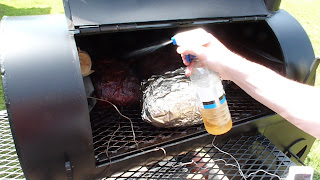 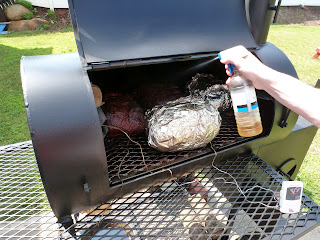 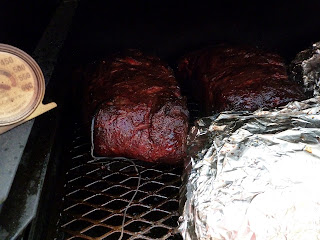 With about 2 hours to go, I whipped up some ABTs and threw those on the top rack. 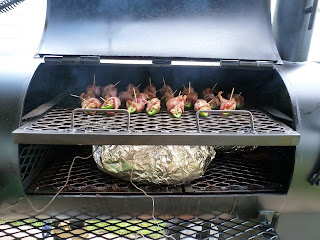 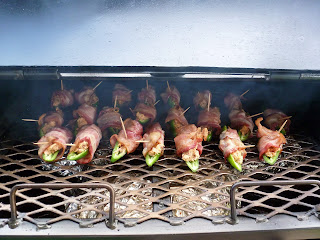 Once the ABTs came off ... well ... they were eaten before I could get a plated picture. 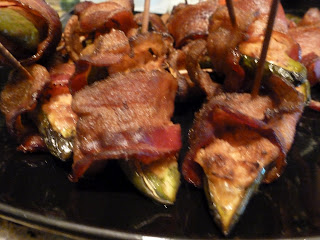 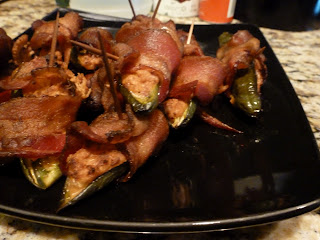 I didn't get any pictures of the pulling process, but the fridge is full of nearly 40lbs of pulled pork. 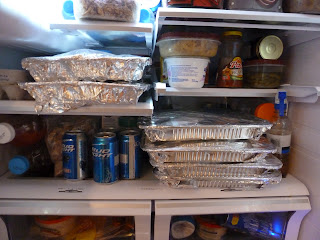 I split all of this up between about 20 people, and received very good reviews. Which means, get ready, because there will be another cook ... soon. 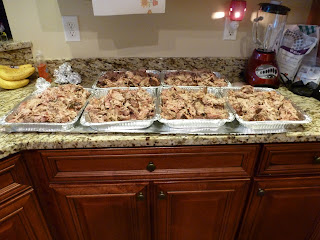 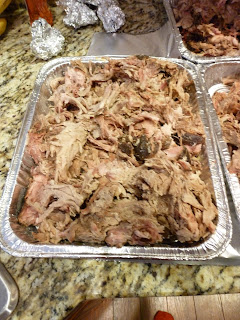 Posted by Brandon Fowler at Thursday, September 06, 2012 No comments:

I finally got Jessica in the backyard and ready to cook. I didn't cook anything this time. I just wanted to season her up. I rubbed down the inside with vegi oil, and then built a fire and smoked it out for a good hour or so. 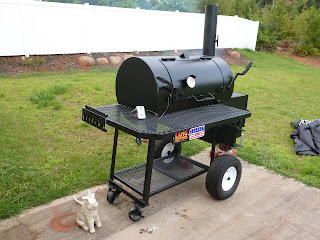 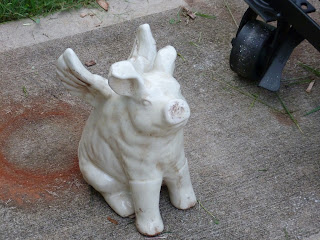 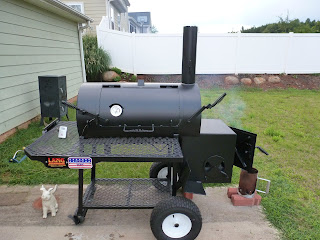 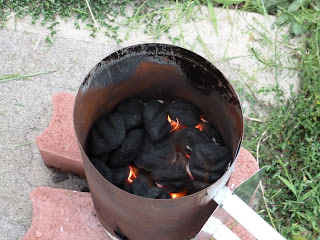 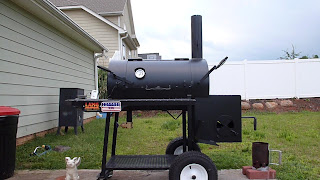 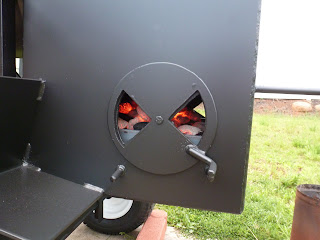 Posted by Brandon Fowler at Thursday, September 06, 2012 No comments: