The Outside In Burger

This week's Throwdown is "Your Signature Dish". I thought this may be a TD that I'd skip, because I really didn't know of a dish that is my "signature" ... honestly, I still don't.

Anyway, my first (and so far only) TD victory on The Brethren was with my EVERYTHING American Burger, and the center of that burger was one of "my" (I'll use that loosely since I'm sure it's been done before) creations ... the "Outside In" burger.

Dawn has been asking/begging for burgers for a while, so it all kind of just worked out.

Dice some green peppers and onions (we ended up doing a little too much for the amount of meat we had). 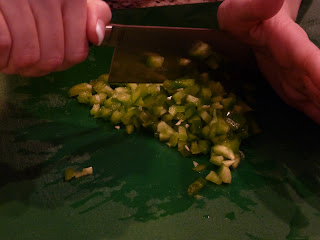 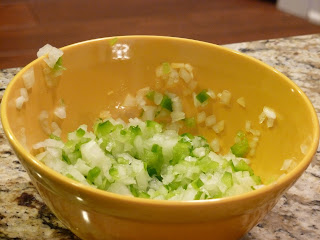 While Dawn was doing the dicing ... I did the bacon cooking. I did some of the Honey BBQ Bacon that came in the Bacon gift bag she got me for my Birthday last year (remember, I couldn't chew for a while, so don't ask why I still have bacon in my house from then). 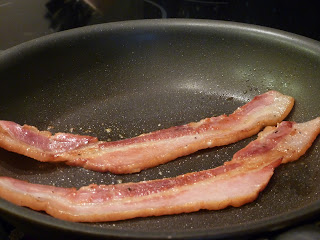 The easiest way to mix the ingredients, is to flatten the meat out and then add the seasoning and ingredients to the top. Again, as you can see, WAY too much pepper and onion. 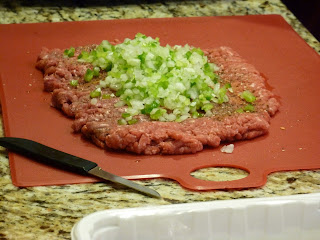 Then pat out an even number of patties. On one patty, add your cheese and bacon, or whatever other toppings you want to try, to the center and then take another patty and lay it on top. Press the outside of the patties together to make one large, stuffed burger. 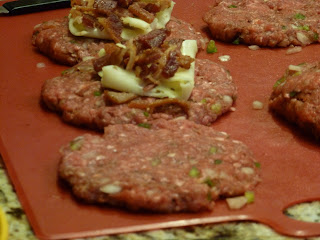 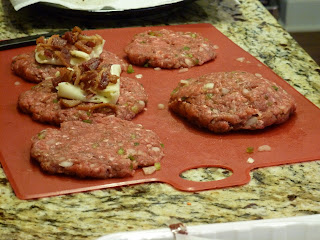 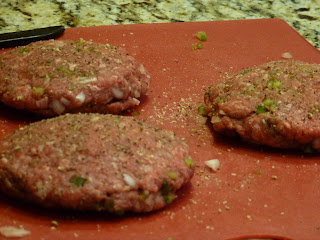 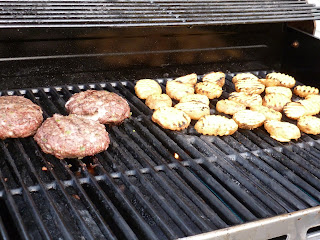 She then sauteed some more peppers and onions for her top, and I just did another batch of bacon. Of course we both also went for an extra piece of pepperjack cheese on top as well. 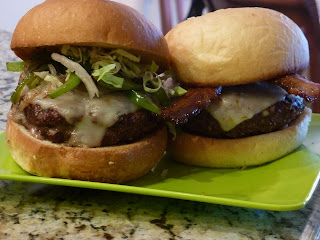 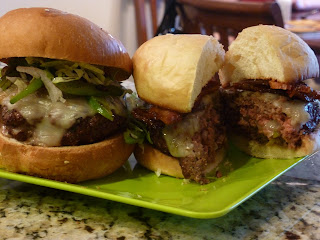 Thanks to the wedding shower that Dawn had the day before, we had some new plates for pictures.