It's been a while since I've done a cook (things have been busy with football season and wedding planning).

We picked up 2 pork chops from Publix, and decided to mix up 2 recipes to see how it'd turn out. I've done apple and bacon stuffed chicken, and I've done sausage stuffed pork chops. 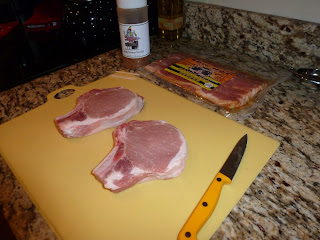 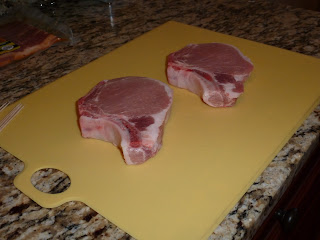 I cut the pocket by making about a 3in opening on the side opposite of the bone, and then cutting straight in as deep as I was wanting to go with the filling. 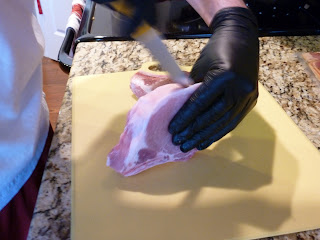 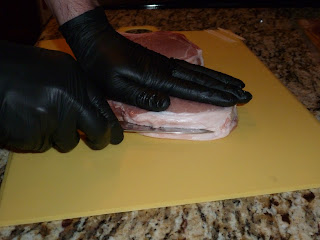 I used the Honey BBQ bacon that Dawn got me for our Anniversary, and some Simply Marvelous Pecan Rub. 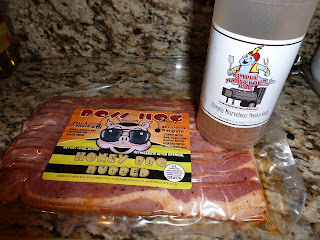 Cooked the bacon and mixed it with a green and red apple for the filling. 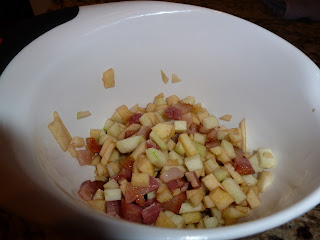 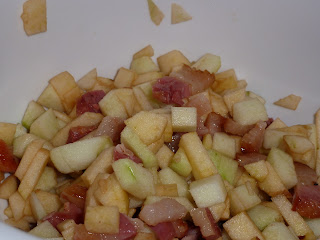 Stuffed the chops and then threw the rest of the mix in around the chops just for the heck of it (I couldn't waste the bacon). 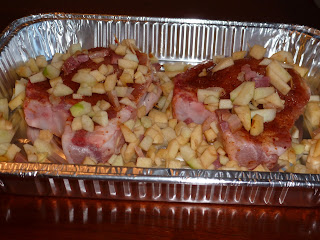 I threw them in the smoker and wanted it around 300 for an hour. Jessica didn't want to get up that hot, so I went for an hour and 15 minutes or so around 270.

They're done and we just did some simple shells and cheese to go along with it. 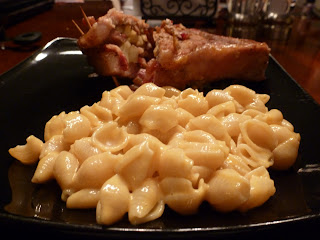 I thought the skin looked a little dry when I pulled them out, but that was NOT the case. These things were AMAZING. The Pecan Rub helped balance out the saltiness of the bacon, and it was like heaven in my mouth. We will definitely be doing these again. 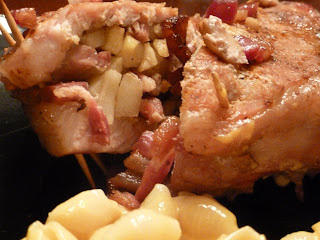 Posted by Brandon Fowler at Monday, October 22, 2012 No comments: