Look who's back. I know, it's been a while. Work has been extremely busy (which is always good when you're in sales), and I always have a lot going on during winter.

A couple of years ago, we went to see one of our favorite local bands The Piedmont Boys play at a small local venue. They were opening for a band that we never heard of, Blackberry Smoke, but have sense grown to enjoy a lot. Blackberry Smoke has came back a few times, but they seem to always come back on Saturday nights during College Football season. Now, if you're reading this and you're not from the South then you may not understand this, but Saturday is game day ... that's all it is and there's no debating that.

I was a little bummed that we wouldn't get to go see them when they came around, again. My wife being the amazing woman that she is, found that they would be coming to Charlotte (an hour and a half away) and got me/us tickets.

So anyway, we get to the hotel and change before the show and saw City Smoke across the road and decided to try it out. The sign said "BBQ. BURGERS. BEER. BOURBON." I mean, I think it's pretty impossible to go wrong with that, right?

A few weeks back, we were walking into another local sports bar and saw an advertisement for Sam Adams Rebel IPA. Unfortunately, we were there 4 hours too early and they wouldn't be serving it till that night (it was some kind of "keg tapping party" or something).

As we were looking over the beer list Dawn asks "What's that Rebel one up there?" We both chose to try it out ... and both enjoyed it (It's Sams Adams, so it has to be good). 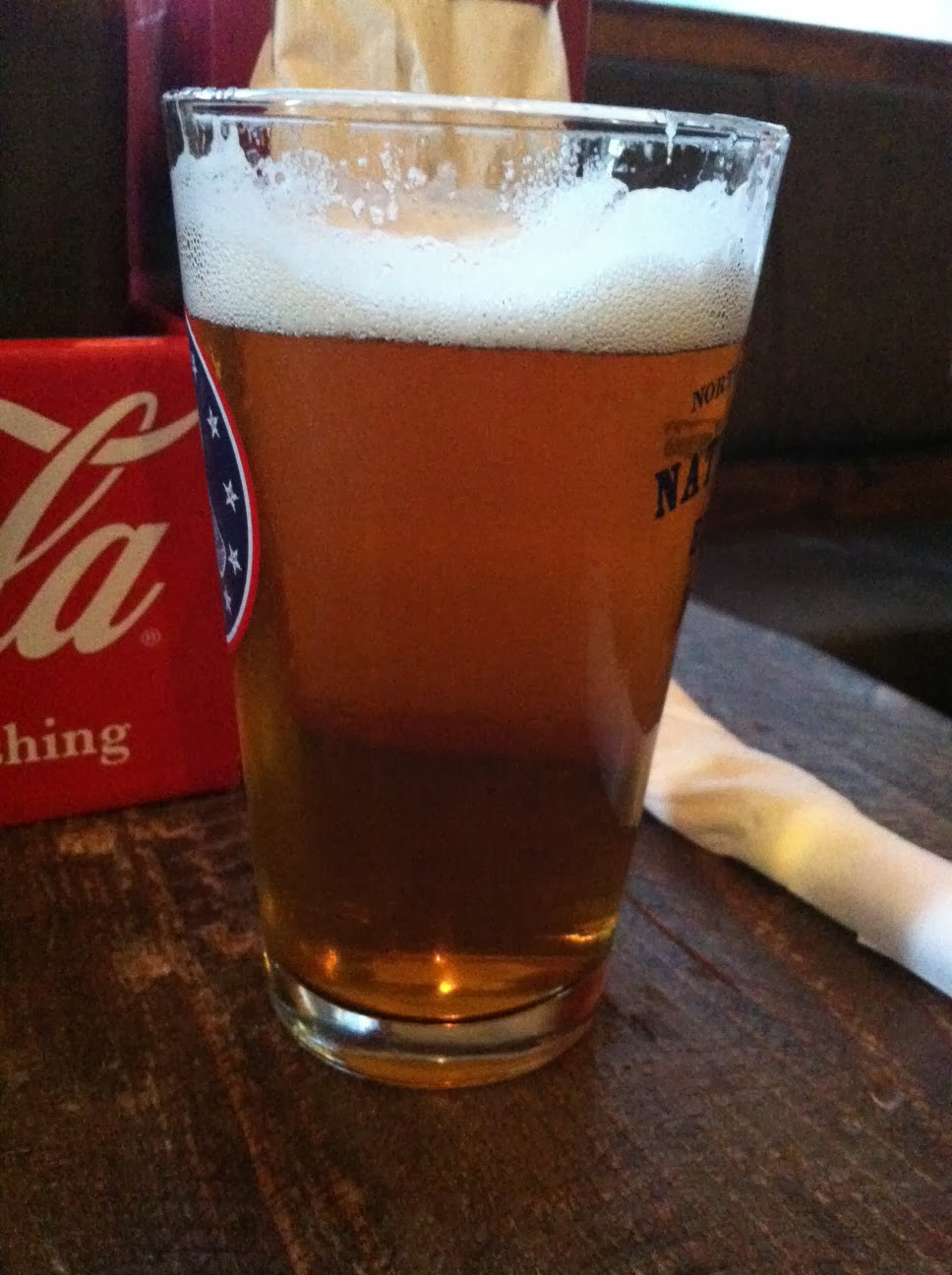 It's no surprise to those that know me. That I'm a big Scooby Doo fan. I don't know why, but I've just always been a big nut for Scooby Doo. When we saw that they had an appetizer called "Scooby Snacks" it was a must. 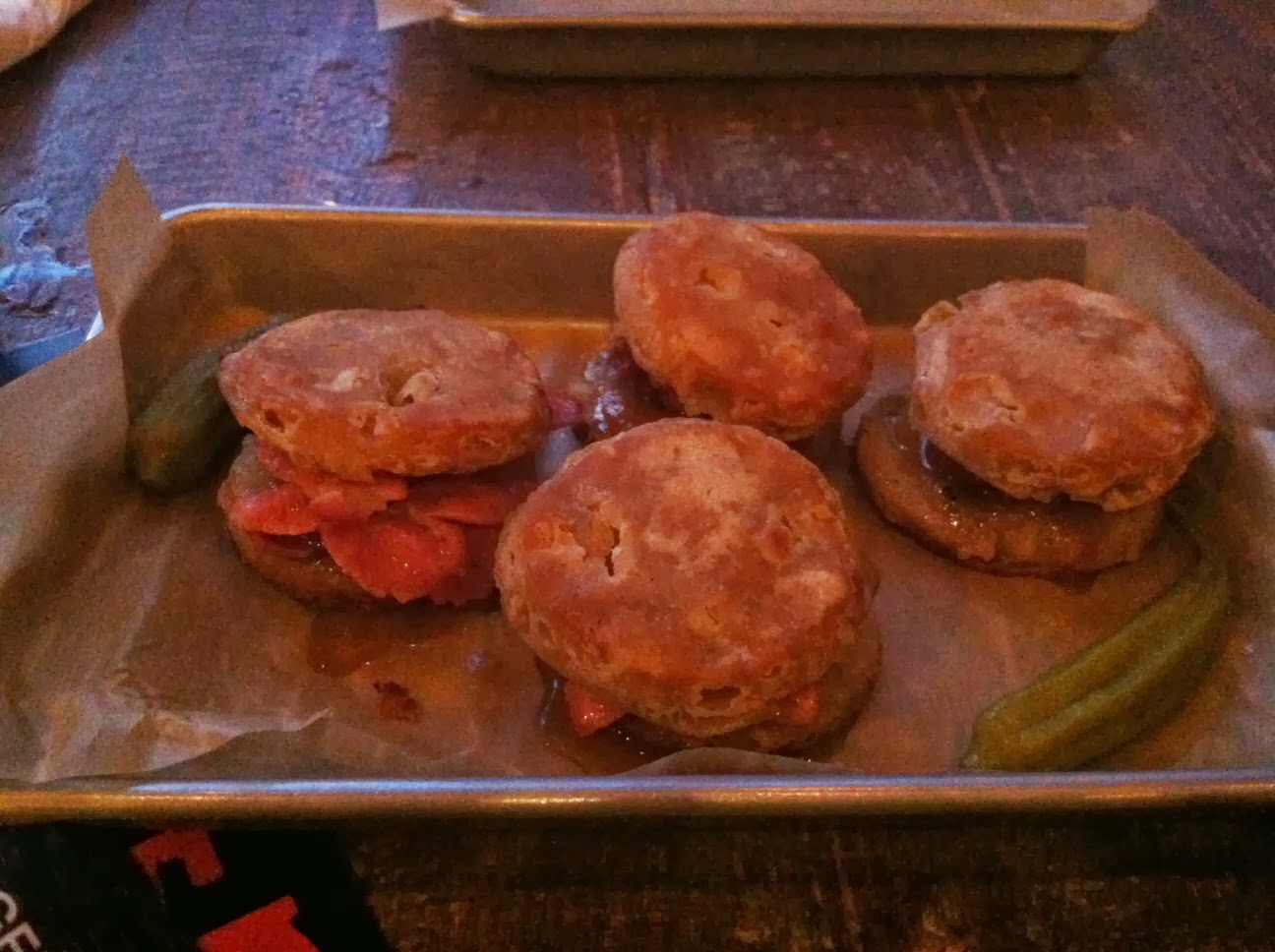 If you ever go to Charlotte, these alone are worth a stop. These might be the best appetizer I've ever had.

Since we got the appetizers, we decided to split the sampler plate. They actually have a few different sampler plates, so we went with the rib sampler. 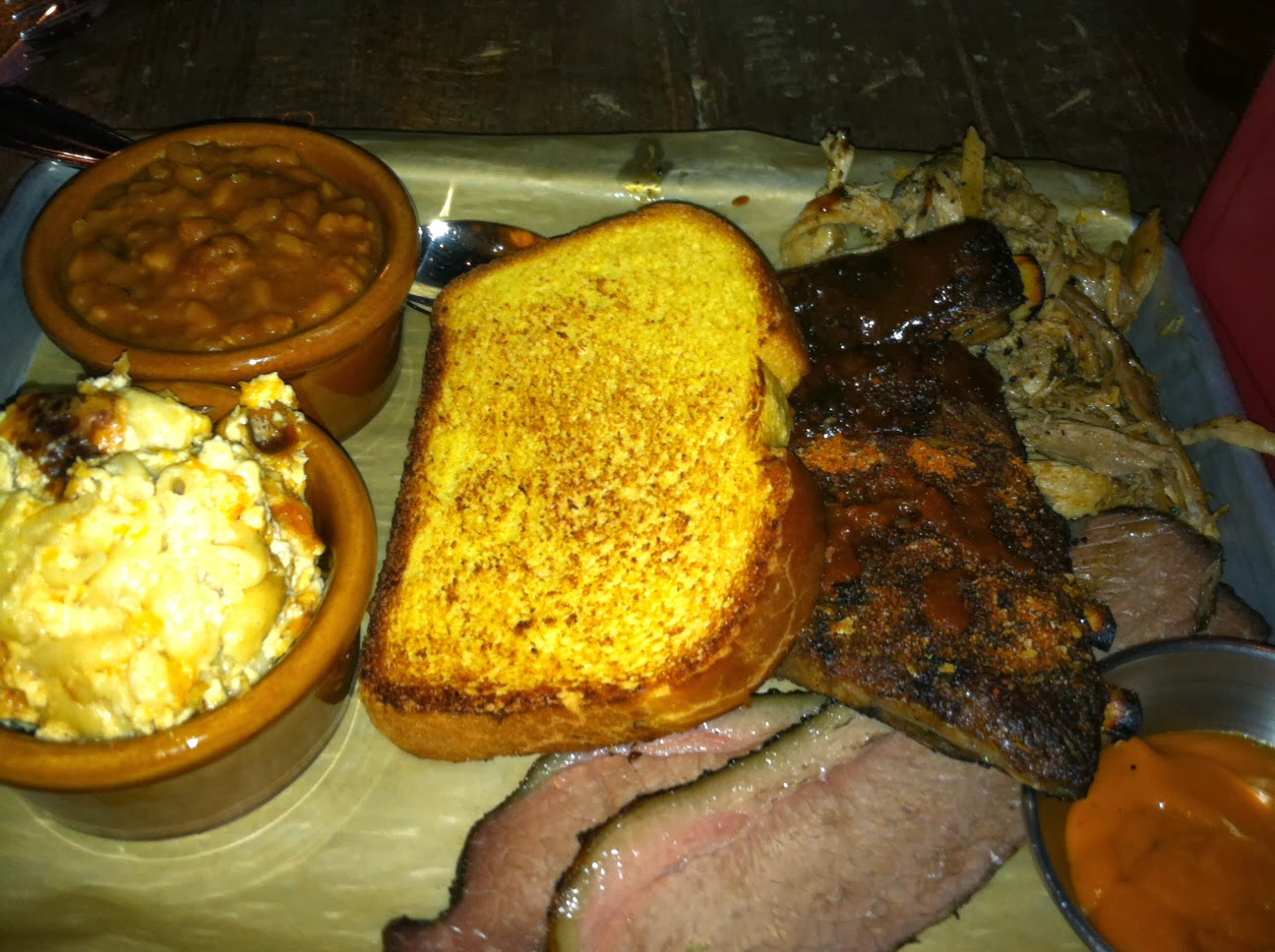 Here's the part where it gets tricky. The food was great. It had great flavor, the sauces were great, to the normal person this would have been some amazing BBQ. However, I'm not the normal person and I'm very picky about certain things, and one of those is calling something BBQ that isn't BBQ. The brisket in the picture appears to have a light smoke ring, but it didn't ... neither did the ribs or the pulled pork.

Again, the food was amazing, but it wasn't true BBQ, and for that ... I have to knock off on the grading (as if it really mattered). If we're back in the area, we'll stop back in ... and I'll order 5 trays of Scooby Snacks.