We were a little late jumping on The Walking Dead bandwagon. She's not a big fan of "scary", and thought the zombies would give her nightmares. The funny part to that is, her mom is a rabid TWD fan. Like, if she's at home and a marathon comes on any channel at all, she's watching it.

We started watching and got hooked on The Strain first. If you're not familiar it's a vampire show, but a scary vampire show. Not I sparkle in the sunshine vampire show. After a few episodes of it she said she'd like to give TWD a go since everybody raves about it and we're running out of TV shows to watch.

So the binge happened ... and now we're hooked. I know it doesn't have the following TWD does, but we even enjoy Fear The Walking Dead (although I could count on one hand how many zombies I saw this season).

I can't remember where I saw the first ad, but out of nowhere, one day I'm on social media and here's an ad for Walker Stalker Con. It started as a joke and I said we could get tickets for her mom for Christmas. That lead to, "well she can't go by herself." And now we're all going.

There's very few "celebrities" that I get all excited for, so I was really kind of meh, at first. To me, they're just a normal person who's job just happens to be in the spotlight, and their bank account has a lot more zeros than mine does. As they started releasing the list of guests that would be attending, my excitement actually took off. The Walking Dead people are cool, but also in attendance will be 5 members from Sons of Anarchy. Possibly my all time favorite show.

I've decided that my Game Room/Man Cave hasn't gotten any serious upgrades in a sometime, so it's time to change all of that. I will be making my own SOA vest and having the cast members sign it. I also have a group photo op set up with them. We got her a photo op with Daryl, and I'm going to make her a replica vest of his for him to sign for her as well. Depending how everything goes, I'm going to try to make a replica "Lucille" bat to have Negan sign, and a "Punisher" vest for Jon Bernthal to sign. If all works out, the Man Cave is going to need some serious overhauling.

The first piece to the SOA vest has arrived, and we have 102 days till the event. This is going to be fun. 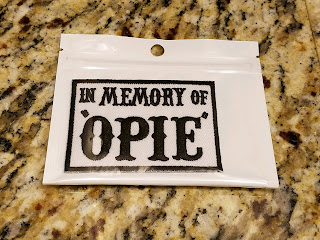 The 2nd, and probably more important, piece to the SOA vest has arrived. Now time to start throwing it around the house to get it worn in. 98 days ... 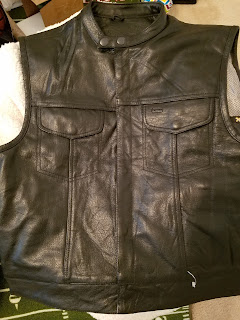 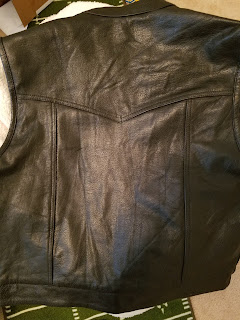 The patch set came in, so I decided to lay them all out for a little visual of how things will look.
95 days ... 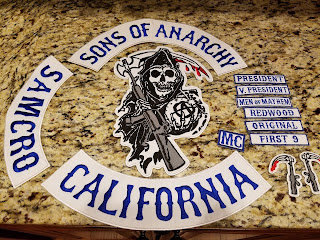 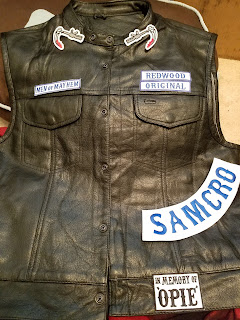 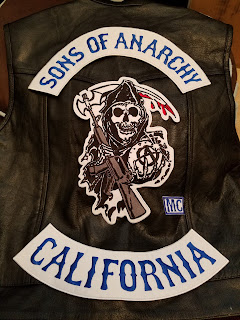 Bovinoche is a love child event put on by Jeff Bannister with the help of top notch chefs from around the region. We've seen it in the past, but have never been able to attend (out of town or other things planned). This year, I made sure to set their page to send me notifications of posts, and I had to have been one of the earliest to get tickets. The location has bounced around a few times, so not only were we finally able to attend, but it was just 15 minutes from our house. 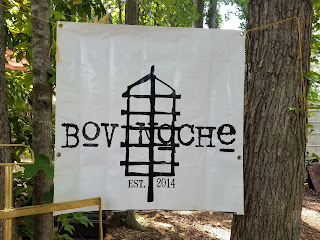 Since you're probably not familiar with it. What Bovinoche does is cook whole animals. The main attraction is a whole cow, but they also do a pig, chickens, goat, trout, and this year's specialty was octopus (which I didn't try). They also have some of the other chefs help to provide appetizers, sides, and desserts. Beyond the food, they also have live music and vendors set up. 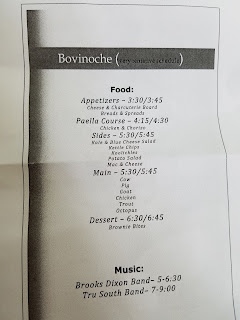 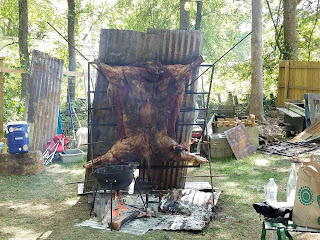 I believe this was the goat with the chickens and octopus. 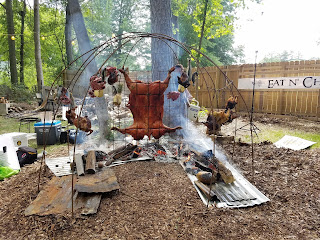 One of the many things Jeff is known for is his huge pans of Paella. 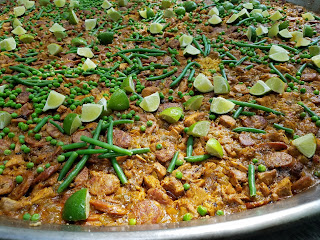 The wife had a couple of pieces of rice that were a little tough, but outside of that, it was delicious. 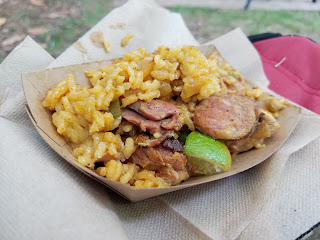 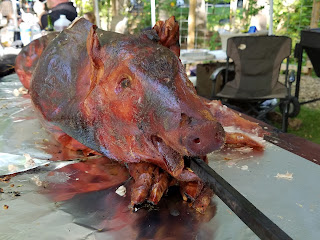 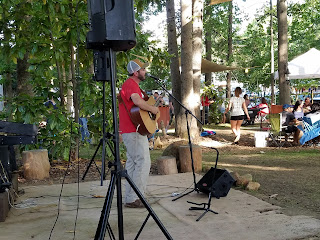 We had a great time, and I can't wait till next year's event.