With the weather starting to cool off a bit, we decided to take Rhett downtown for lunch and a little adventure out. We remember that a new (opened in the last year or so) restaurant had opened up in a newly renovated part of downtown, so decided to give The Playwright a shot.

Since we had the little guy, we of course had to sit outside, and that was absolutely fine with us. The outdoor seating area has very nice covered tables, brick pathway, and lots of soft fluffy grass for your little friends ... or your sore feet from walk on all of the other pavement in your typical downtown.

Once you go inside, it's like you're teleported to Ireland. The builder is one of three that's actually certified as a Builder of Authentic Irish Pubs in the world by Guinness. Apparently, they're kind of a big deal. 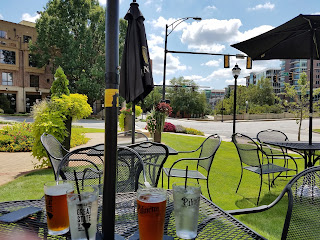 I'll start with what I ate first, since it wasn't the highlight of the trip. I'm not a big Chicken and Waffles guy, but we'd been watching some cooking shows that kept highlighting it, so I pounced when I saw it on the menu. The waffle was delicious and had a great crunch to it. The chicken was juicy and the breading had a really nice crunch as well, but that's where it ended. I almost wonder if the chef may have forgotten to season ... anything ... for the chicken, because it was the most plain tasting chicken I've ever eaten. 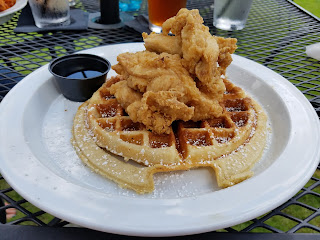 Ok, lets get back on the positive side. The wifey got the Whiskey Chicken Sandwich. I'm not sure why they put the lettuce and tomato on top of the bun, but we were thinking it was probably for the weirdos like me that don't like lettuce and tomato, so it'd be easier to discard. Either way, the sandwich was really good, and the fries were killer. 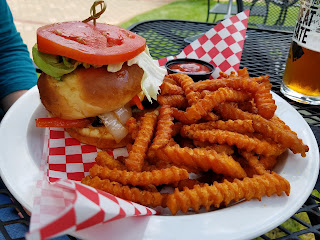 I mean, look at this face. How could we not go back? 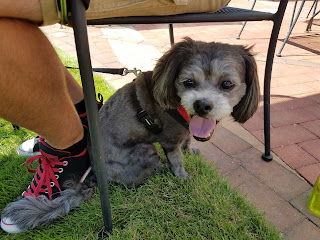 Don't tell Rhett, but we'll actually have to go back sometime when he's not with us. The inside bar/atmosphere is really cool.

Posted by Brandon Fowler at Tuesday, September 20, 2016 No comments:

Our New Backyard Is Complete

After nearly a year of work, delays, and frustrations our backyard is finally finished.

So, without further delay, my new covered cooking area, our dinning and firepit sections, and Rhett's yard. 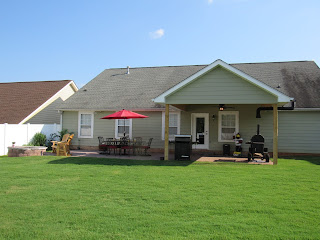 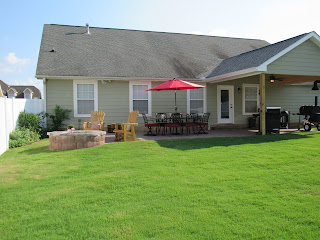 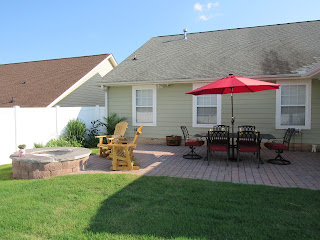 I custom made an exhaust vent to help carry the smoke out from underneath roof. It has an opening at the top, but we were more worried about potential smoke marks/damage to the wood finish. 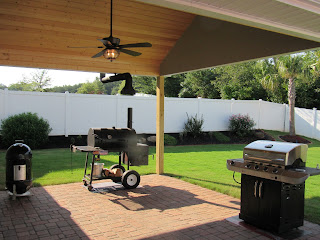 The Jack Daniels whiskey barrel we picked up in Lynchburg on our Nashville trip last year. This isn't just a typical Jack Daniels barrel either. We were told that the grooves on the inside were specially done for the Sinatra Select batches. 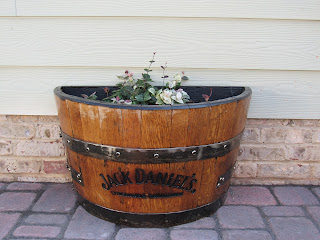 One of my birthday presents to help keep my beer cool, and Lee Roy the pig with wings. 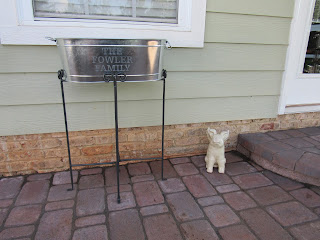 This is the wife's garden that a few weeks before this had 2 massive zucchini plants that nearly took over the entire garden. Yes, that's a penguin pirate flag. 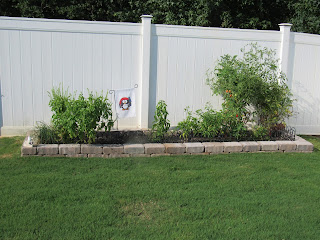 And this is my little buddy Rhett. This project ended up costing more than we were expecting, but to watch this guy run around the yard, and try to get out the door every time I go out to cook, was worth every penny. He enjoys it just as much as we do. 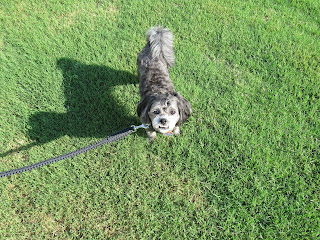 Posted by Brandon Fowler at Tuesday, September 13, 2016 No comments: