Dawn has been begging me to do a Brisket for a year not, and this week's Throwdown is the "Brisket Master" which we will all learn shortly ... I am not.

I went with Myron Mixon's beef injection. It's a real easy and simple injection to do, and since I was doing some Butts too, I wanted simple. 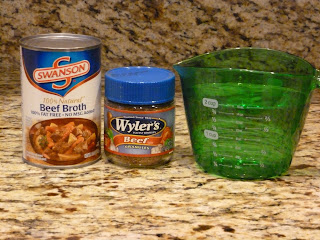 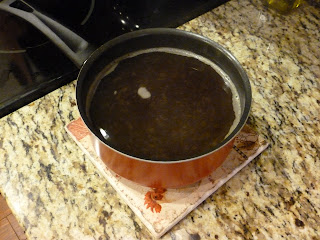 While the injection cooled, it was prep time. 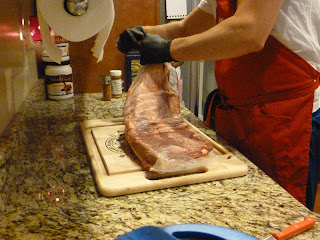 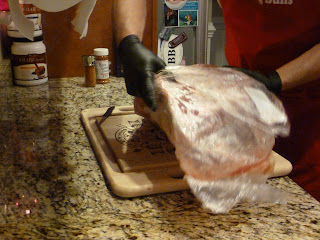 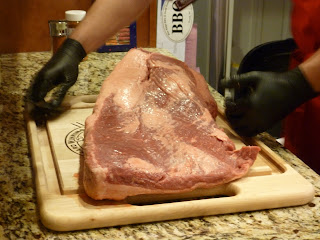 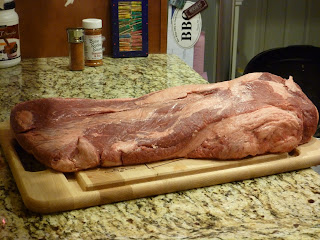 I trimmed the fat and the silver skin from the top, and thinned the fat on the bottom. I wanted to leave some fat cap down there, but didn't want the 1/2 inch that was there already. 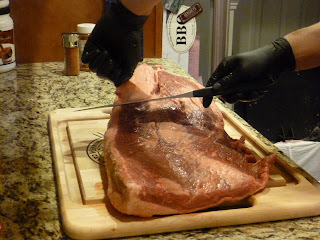 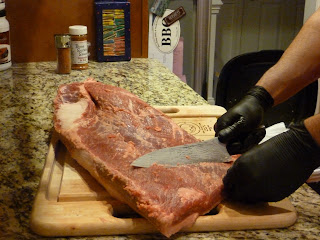 Once everything was trimmed, I injected the brisket, threw it in a pan, and put it in the fridge over night.

At 5 the next morning it was time to get up and get things going. I let Dawn sleep in (till 5:45), and then made her get up and take pictures for me (that's what marriage is about, right?).

I've heard nothing but great things about Pit Bulls Rub on briskets, so I tried theirs out. 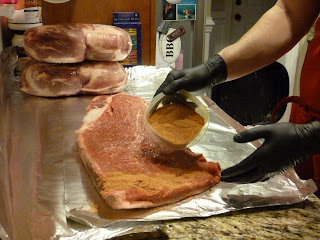 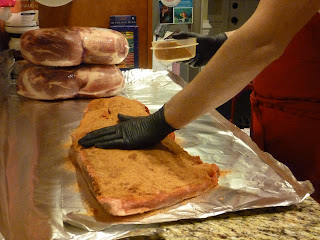 Some coworkers have been begging for pork for a few weeks, so I picked up four 8lb butts with the brisket. I used the Pit Bulls injector (a must have), and added my injection. 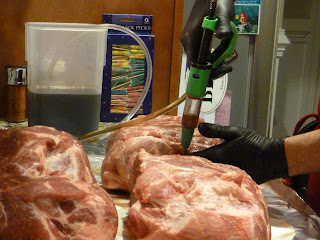 I wanted to try a few different rubs so I put the same Pit Bulls rub on the back 2 butts, Bone Sucking on the bottom left one, and Plowboys Yardbirds. 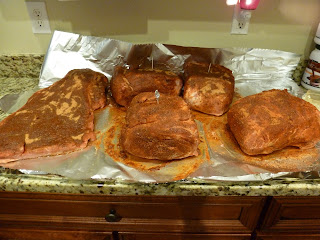 We've gotten rain every day for 2+ weeks, and cook day was no different. I had a tent put up, but the gusts of wind was blowing wind and rain all over the place. My temps were actually fairly steady all day though.

I opened up the first Pit Bulls butt and it looks beautiful. They obviously use more brown sugar than Plowboys does since it darkened up more than usual. I sampled a few pieces while pulling (perks of the job) and the bark was amazing. It was right at the point of perfect crispiness and not burnt. 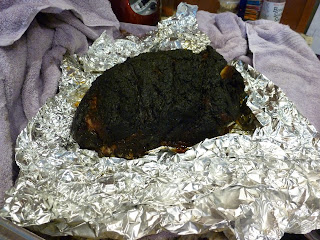 The brisket came out with a matching dark bark. Since it was so big, and I was cooking 4 other butts, I had to put the brisket on my top rack and since heat rises ... it came out a little dryer than I had hoped.

This also gave me an excuse to finally use my (I mean "our" since it was a wedding gift) new electric knife. 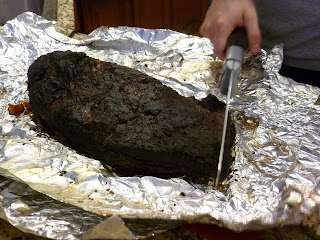 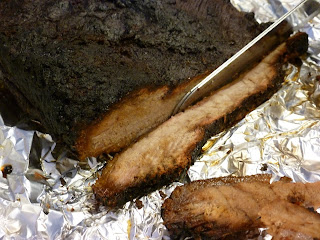 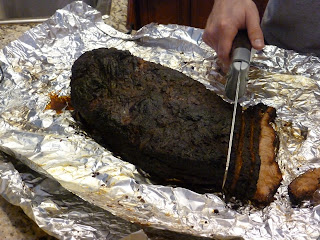 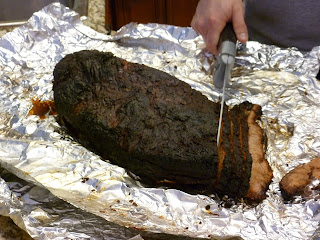 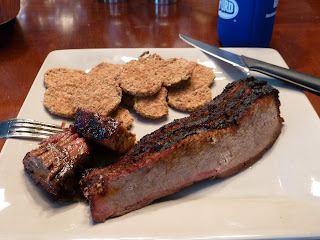 We added zucchini chips and my poor, poor excuse of burnt ends that came out more like beef stew than anything else. The flavor of the brisket was awesome, but it was a little dry. We added some sauce to it and that actually made it really good.