Come Back Ribs and Smoked Potatoes

I've been dying for ribs, and since I can finally bite again it was time. We've seen on multiple shows people smoking potatoes and Dawn has been wanting me to give them a try.

I had a slab in the freezer from when they were on sale ... 5 years ago it seems. Took off the membrane and covered them with Plowboys Yardbird Rub. 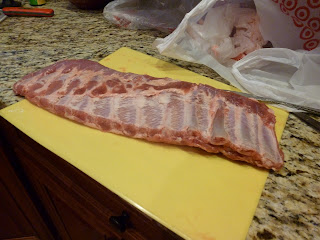 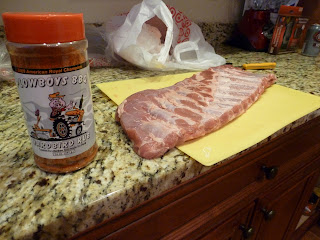 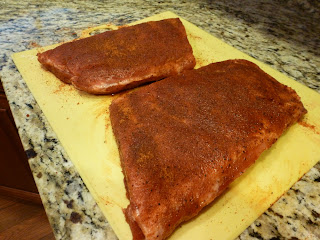 Got my coals ready in the smoker. 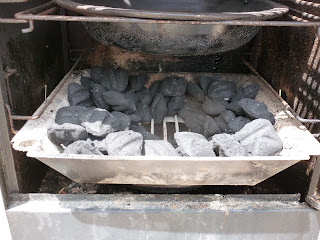 Getting some fired up in my chimney. 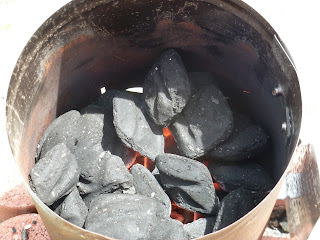 I probably should have let them go a little longer, but I was already running a little later than I wanted. 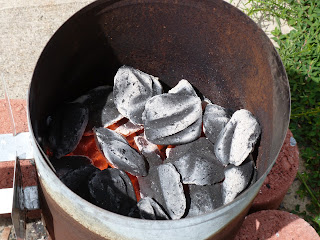 The coals are on and now it's time to preheat. 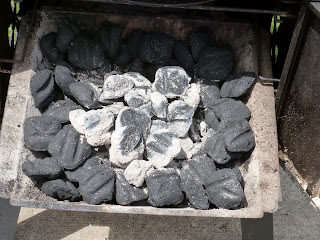 I didn't get any pictures of me putting the ribs in, but they're in and smoking away. 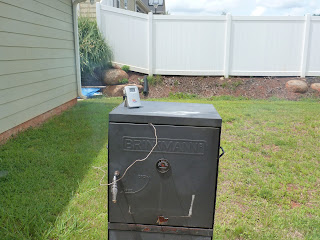 I was trying to get a picture of the "blue smoke". When the smoke is light enough you can barely see it. 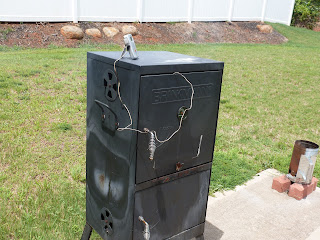 3 hours in and time to foil. Add some AJ to the foil, and wrapped 'em up. 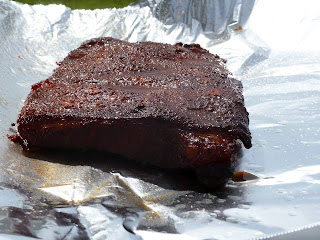 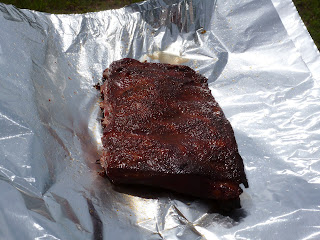 Once the ribs went back in I added the potatoes. 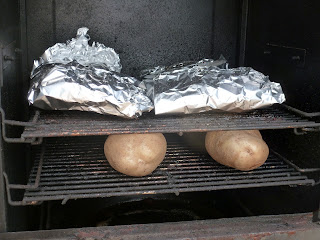 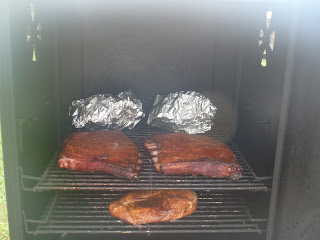 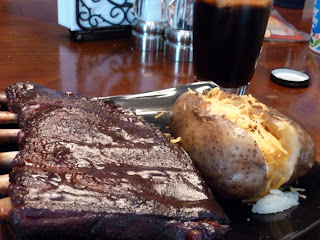 Ribs and BBQ Chicken and smoked potatoes ... with a Jack and Dr. Pepper 10 and whatever beer Dawn was having in her Braves coozie. 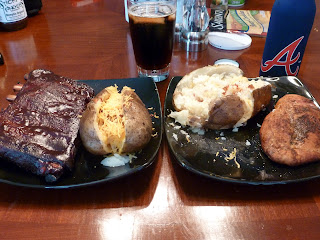 My first bites into ribs in over 2 month (rocking my new old SC truckers hat and creme not ash grey Brethren shirt). The ribs cooked at a little higher temp that I would have liked, so they were further along the fall off the bone than I usually go for. For this situation and with sensitive teeth still ... they were perfect.

The potatoes were very good with a very light hent of smoke. We will be doing this again in the futue for sure. 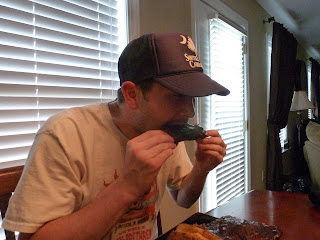 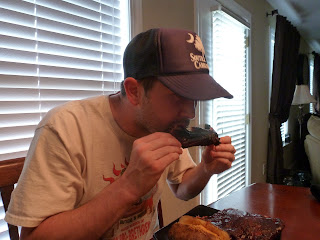