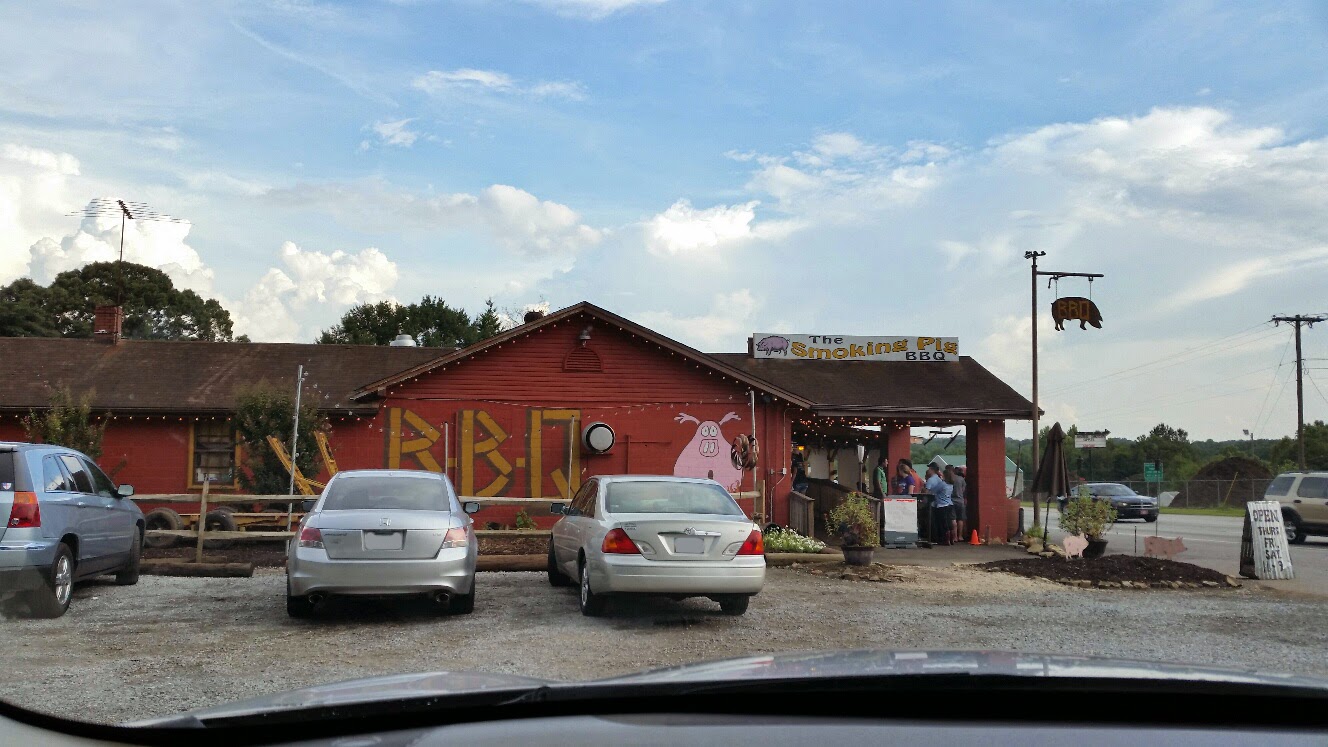 We had some extra tickets for the Carolina vs. Georgia game so we were trying to find a place to meet. I asked the wifey if she wanted to meet in Anderson and try something new for dinner (we don't go to that neck of the woods for reasons stated above). She come across The Smoking Pig, and it just so happened that Dawn's coworker's son works there.

Dawn got chopped chicken with baked beans and banana pudding. She loved the chicken, said it had great flavor, and also liked the baked beans, but again, banana pudding is her measuring stick ... and she loved it (not sure you can really mess up banana pudding). 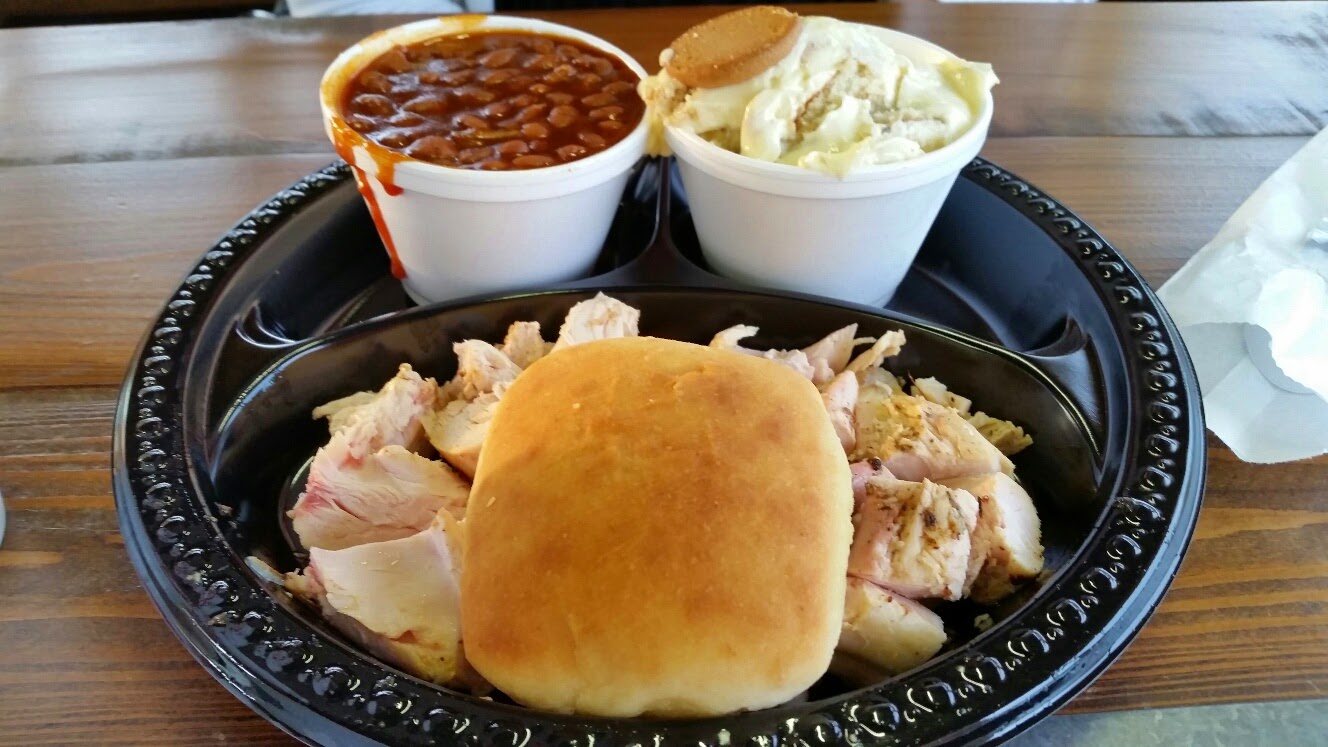 I went with the full sample plate, and by full sample plate I mean; pulled pork, brisket, and ribs with baked beans and jalapeno cheese grits. The pulled pork and brisket were both very good. The ribs were good, but tasted as if they might have sat for some time. Either that or they were a little under. They had great flavor, but some pull and tough bite. The beans and the jalapeno cheese grits were both very good too. I did as much damage on them as I could, but I had to finish the meat, so there was some of the sides left behind.

Oh, and the biscuits/rolls were delicious too. 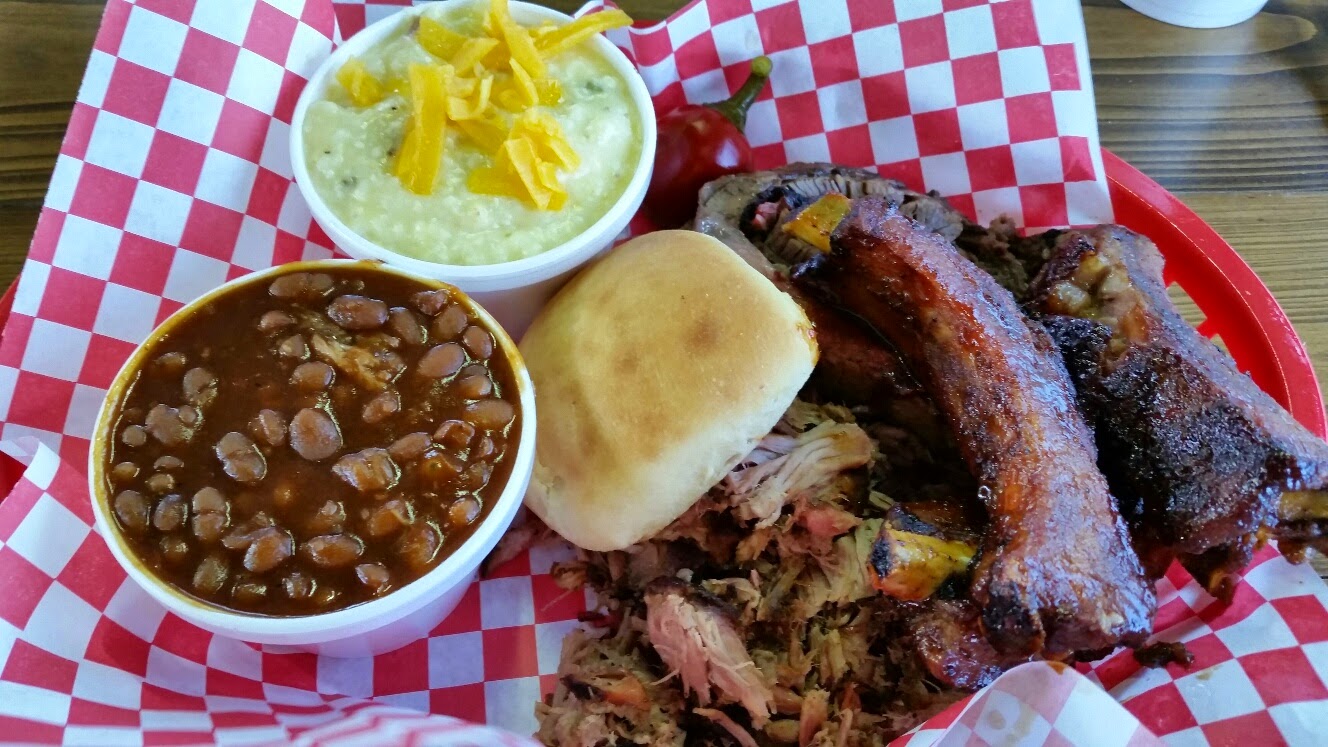 Before we left, I had to stop by the restroom since we had an hour drive back home, and they had this sign in there. I thought it was hilarious, my wife (and other ladies reading this) didn't think it was quiet as funny. 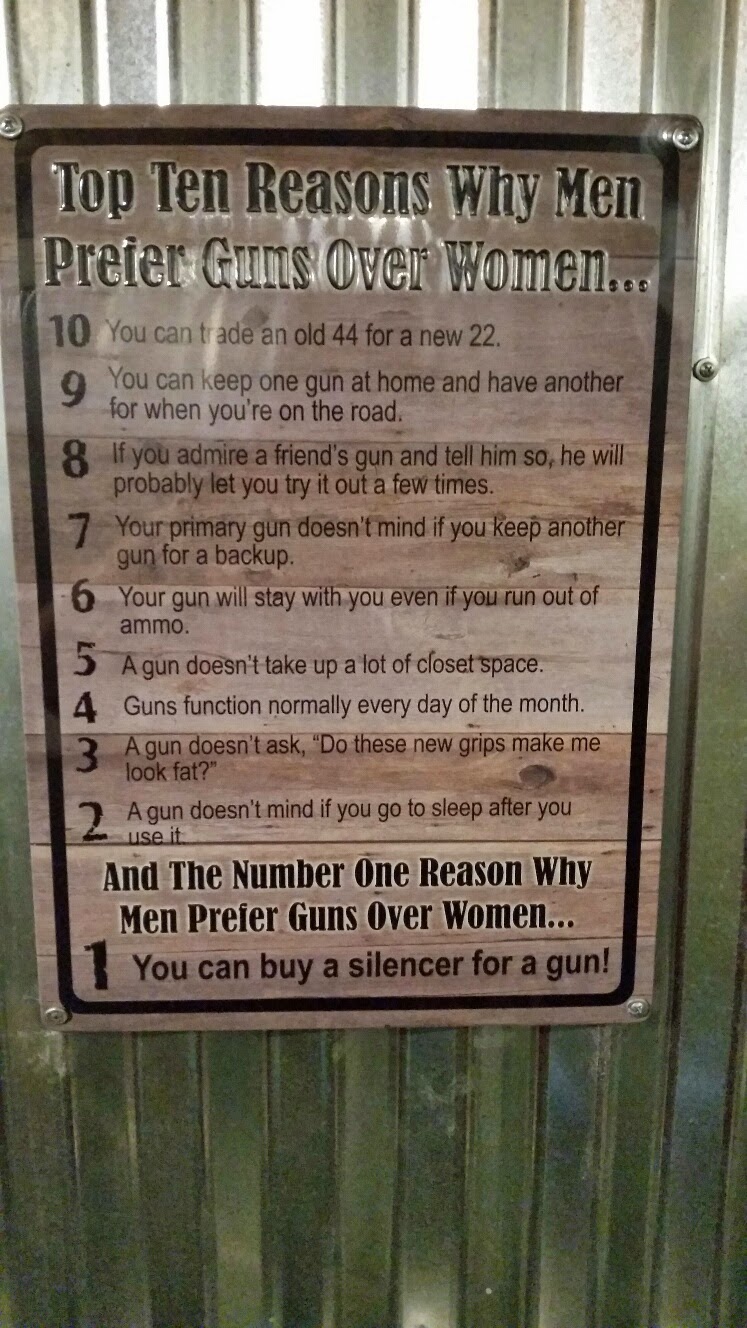 When we take trips to Atlanta, we'll hit the road and then stop somewhere during the drive and try it out. It's going to be hard to pass Clemson and not stop at The Smoking Pig instead of making some negative comment about how much I hate that place. We're actually going to see Garth Brooks in Atlanta this weekend, so we may just have to revisit ... of course, still wearing Gamecock garb.