Dawn wanted to try something new, and found this recipe for Cheesy Chicken Ball Spaghetti. It's actually really quick and simple to make. You boil the spaghetti noodles as you normally would. Then throw the diced tomatoes in a separate skillet and let them cook. Dawn actually went away from the recipe a bit and sauteed some garlic and olive oil before adding the tomatoes, and then added some basil while it all cooked. 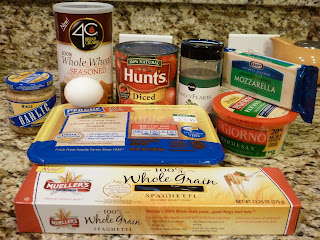 This is one of the few times you're allowed to cut the cheese in the kitchen and not get knocked out for it. I did half of the block of mozzarella and cubed it, and it was a little more than we needed. 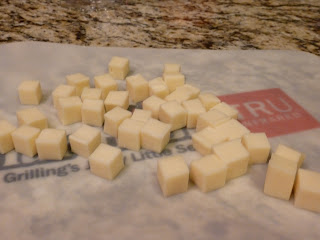 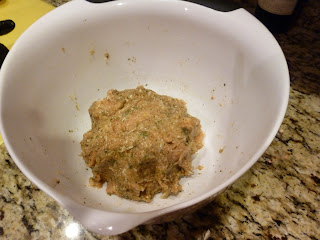 Once everything is mixed. You place the cheese on the "meat" and roll them up into meatballs. 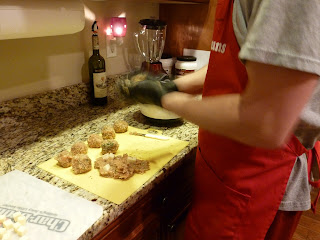 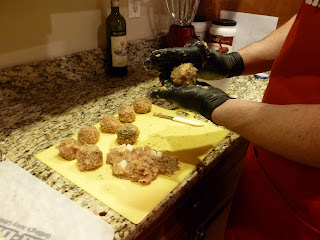 Add the balls to the cooking diced tomatoes. Cook for about 5 minutes and then flip to cook other side. 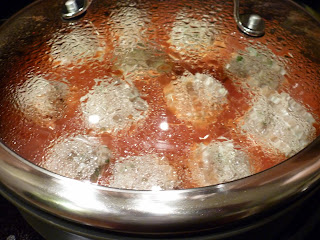 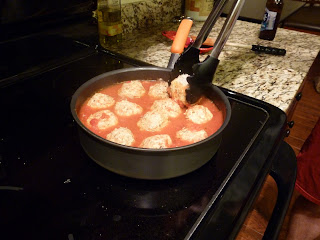 Assembled and cut open. This will be what your ooy gooy goodness will look like. 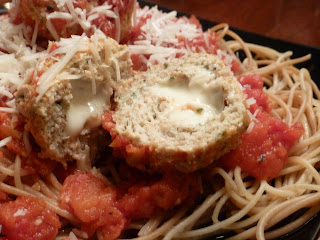 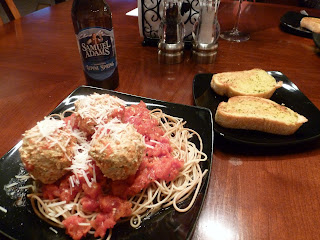 Alpine Spring doesn't exactly go well with cheesy chicken meatball spaghetti, but the food itself was off the chain. Dawn has already mentioned that she'd like to do it again. The chickenballs were a LOT better than I expected them to be.